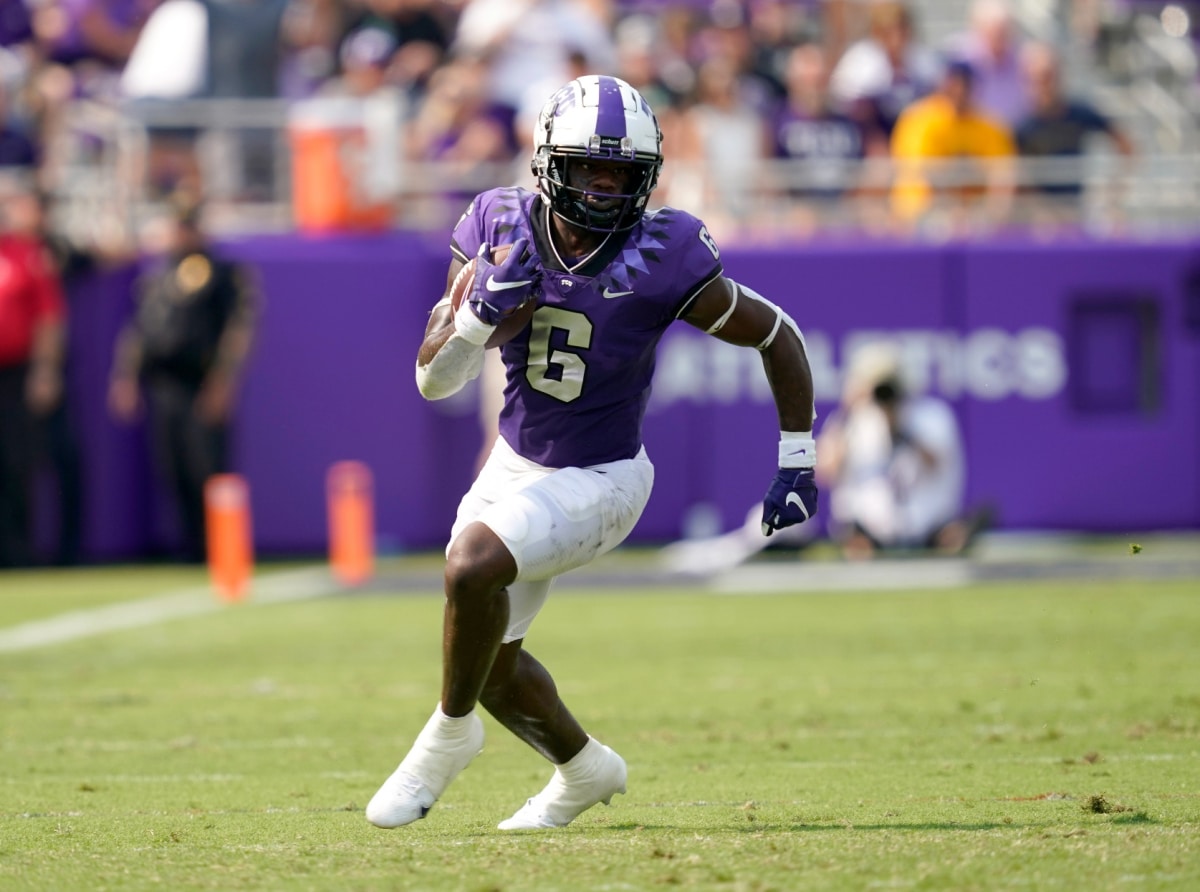 Zach Evans told TCU coaches for weeks he would stay. They learned on Twitter he was transferring to Ole Miss.

Home » Zach Evans told TCU coaches for weeks he would stay. They learned on Twitter he was transferring to Ole Miss. So far, Zach Evans has let Twitter do his speaking to TCU coaches about transferring to Ole Miss (The Associated Press/Tony Gutierrez).

FORT WORTH — Running back Zach Evans was a five-star recruit, the highest ever signed by the TCU football program, but he leaves the Horned Frogs rated as a one-star communicator.

Evans made the inevitable, or what seemed to be inevitable, official Thursday when he tweeted that he was committing to Ole Miss after two seasons at TCU. Twitter is how Frogs coaches learned of his decision, and as of Friday afternoon he had yet to contact them.

Evans’ decision comes after weeks of him assuring the new coaching staff that he was not going to transfer. The coaching staff spoke with Evans multiple times after he entered the transfer portal Nov. 28, and TCU legend LaDainian Tomlinson also attempted to convince Evans to stay.

Coach Sonny Dykes said on Friday that he isn’t necessarily surprised that Evans hasn’t communicated with them, but it is a departure from what typically happens when a player transfers.

“He’s been telling us for months he 100% decided he was coming [back],” Dykes said. “I started to hear some rumblings about some stuff, and we would talk to him and he was like, ‘No, none of that is true. I’m 100% coming.’ He’s been telling us that since we got the job.

Yet, Dykes said that the biggest victory for the program is that running back Kendre Miller is staying. Miller, who will be a junior, is averaging 7.4 yards per carry after two seasons and in the coaches’ view might not be much of a step down from Evans. Miller might not be a step down at all.

But TCU needs to add running backs via recruiting. Emari Demercado is also are returning. Daimarqua Foster must clear some academic hurdles before Dykes can say he will return.

The Frogs hope to sign three running backs — two transfers and one prep, ideally. There is still a good pool of high school backs available after the early-signing period last month.

“There are two or three guys that we like that best, actually, that were guys that for whatever reason didn’t sign,” Dykes said. “We’re in pretty good position with some guys.”

It’s been a busy stretch for the coaches, who continue to recruit ahead of the start of classes Monday. TCU landed JUCO All-American nose tackle Doug Blue-Eli and offensive lineman Alan Ali, a grad transfer from SMU, on Friday.

Two safeties, Ishmael Burdine and Namdi Obizor, have given their commitment as transfers from Missouri and Iowa Western Community College. The Frogs are casting a wide recruiting net this year after declaring a focus on DFW players, and Dykes said he expects to grab some local players who want to transfer back to the area.

“I think you’ll see more of that in the coming days,” he said. “We need some help at some critical need positions just from a roster standpoint.”

He said last month that the goal was to add perhaps as many as 25 additional recruits by the start of fall camp. Two of the nine prep recruits from the early period, quarterback Josh Hoover and defensive lineman Damonic Williams, are early enrollees who will be on campus Monday. Players who are transferring and want to participate in spring drills must be committed by Monday.

It’s going to be a busy weekend in the football offices.