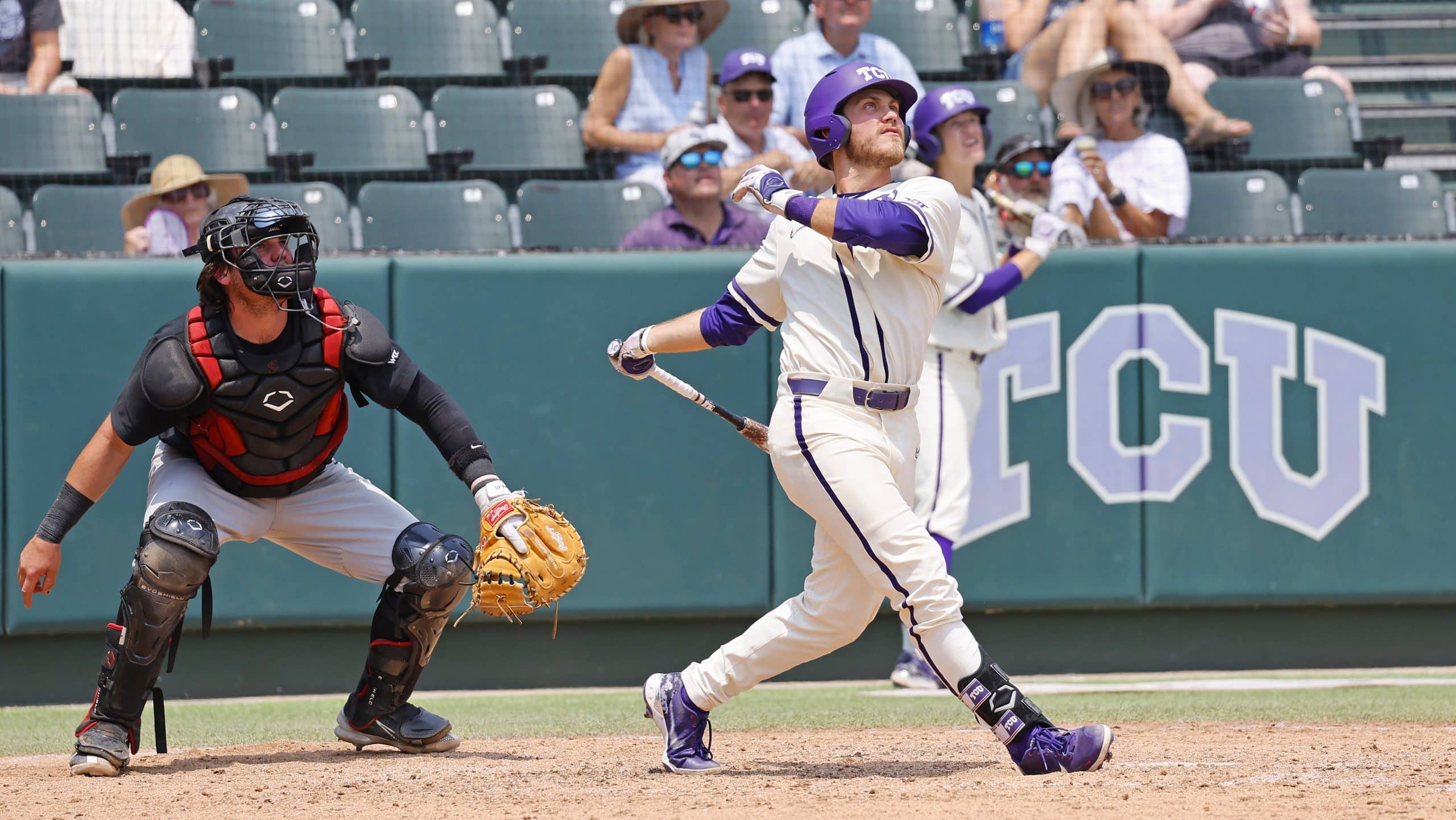 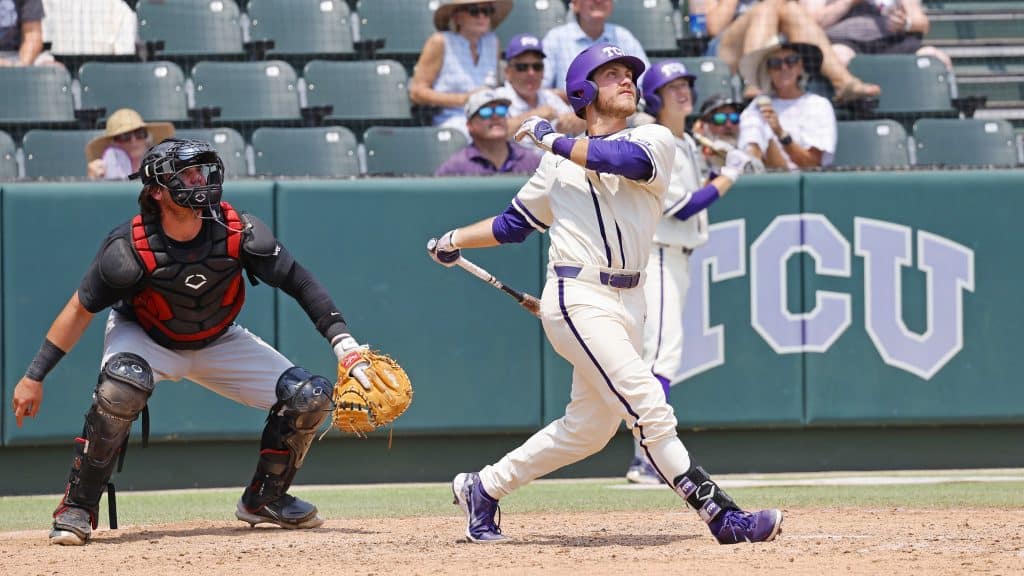 FORT WORTH — TCU closed out its regular season Saturday with a 9-1 Senior Day victory over Santa Clara, completing the sweep and afterward learning that it had won the Big 12 regular-season championship outright.

Tommy Sacco, celebrating both Senior Day and his birthday, hit two home runs, bringing his season total to 12. Sacco finishes the regular season with a .359 batting average, a 128-point improvement over his batting average in 2021.

Porter “Mr. May” Brown continued his hot streak as well, going 3-4 at the plate with an RBI, three runs scored and two stolen bases. Brown is now hitting .432 since April 30.

The game ended after just seven and a half innings due to a 2:30 p.m. curfew so Santa Clara could catch its flight home.

Riley Cornelio got the start on the mound and pitched six strong innings, racking up nine strikeouts in the process. After the game TCU coach Kirk Saarloos commented on how good Cornelio’s curveball was on the day.

“I thought that was the biggest thing today was seeing Riley back-to-back weeks now,” Saarloos said. “He got up to 80 pitches and expended some energy in that sixth inning to get out of it, so I thought that was the perfect time to get him out. … But it was great to see Riley,. The curveball was really working. And they did a good job this weekend in terms of laying off some balls from our guys, so that tells you how good Riley’s was.”

After the game there was a trophy presentation ceremony as the Frogs celebrated a second straight league title.

It’s not every year that a ballclub wins a conference championship in the first year under a new coach, but that’s exactly what TCU and Saarloos accomplished.

“Learned a lot,” Saarloos said on his first season at the helm. “To always show up to the yard and no matter what it looks like and no matter where we are in the season just to keep pushing the gas pedal. That’s what our players did, and our whole staff.”

Beyond securing a sweep and celebrating a title, Saturday was also an opportunity to recognize the senior class that has contributed so much to the culture of TCU baseball.

Twelve seniors were recognized in a short ceremony prior to the game.

The 12 seniors honored during Senior Day for @TCU_Baseball:

“They’ve won a lot of baseball games,” Saarloos said. “For us, you never know who’s coming back, so anyone who graduated or is a semester away from graduation we wanted to honor them. There will be a couple guys from that group that will be back next year, I think. But we wanted to make sure that if something did happen where they don’t come back that they were honored.”

Of course, this isn’t the last TCU fans will see of their senior class quite yet. The Frogs head into the Big 12 tournament this week in Arlington as the top seed. TCU is hoping to make a run and solidify itself as one of the 16 regional hosts for the NCAA Tournament.

Right now D1 Baseball projects the Frogs as a No. 2 seed and traveling to Texas A&M as part of the College Station region. With the 35th best RPI in the country, the Frogs are a long shot to host, but bringing home some postseason hardware in the Big 12 tournament would go a long way to boosting their resume.

The Big 12 tournament starts Wednesday at Globe Life Field. TCU is scheduled to play No. 8 seed Baylor at 12:30 p.m. in the second game of the tournament.