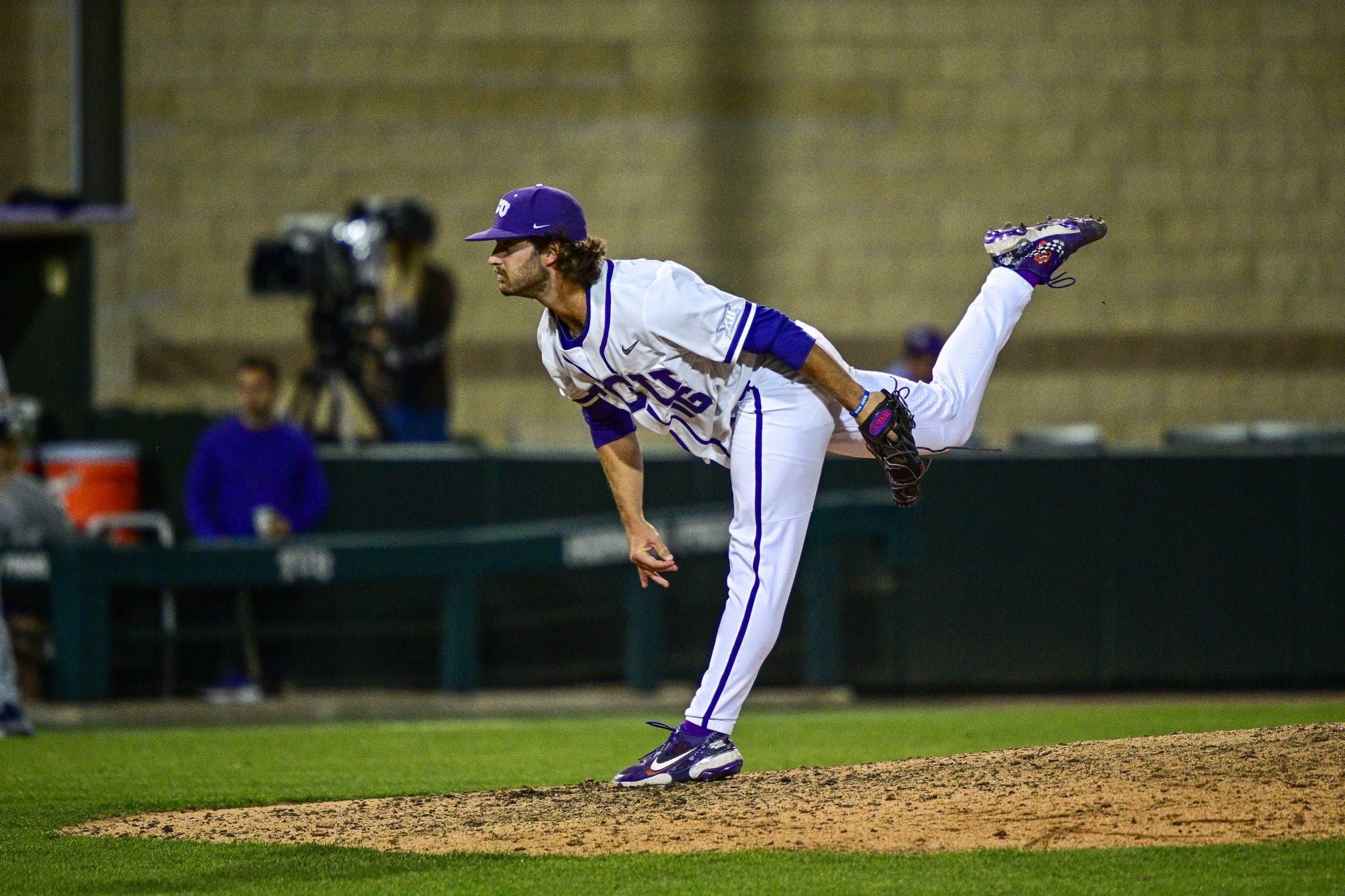 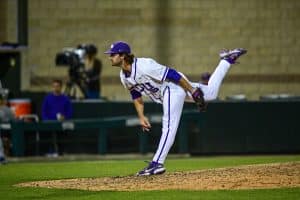 STILLWATER, Okla. – TCU evened the series with Oklahoma State on Saturday with a 6-4 win, featuring big defensive moments, the longball, and a great start from Marcelo Perez.

Perez, making the third start of his career and the third straight Saturday start for TCU, pitched into the sixth inning, allowing four hits and two earned runs. Perez earned his fourth win of the season, getting plenty of early run support form his fellow Frogs.

TCU jumped out in front right away in the first inning. Tommy Sacco went as opposite field as you can go, sneaking a fly ball around the left field foul pole for his seventh home run of the season, giving the Frogs a 1-0 lead.

Oklahoma State tied the game in the bottom of the first thanks to a double off the bat of Jake Thompson. Thompson’s hit scored Hueston Morrill, who worked a one-out walk.

The Frogs got the lead right back, though, scoring two more in the top of the second inning. Kurtis Byrne singled to open the inning, and Gray Rodgers followed with a double off the wall in right field.

Sam Thompson drove Byrne home with a ground out to second base, before Elijah Nunez singled up the middle, pushing TCU’s lead to 3-1.

The Frogs continued to add to their lead in the third inning, knocking Oklahoma State starter Victor Mederos out of the game in the process. With two on base, Luke Boyers hit a home run off the top of the batter’s eye in center field to give the Frogs a 6-1 lead. It was Boyers’ fourth home run of the season and second in as many days.

Perez continued to pitch well in the fourth inning, but gave up a run on a solo home run off the based of foul pole in left field. Initially, the hit was not called a home run, and the runner was thrown out trying to advance to third base. After a short review, the umpires reversed the call.

The Cowboys pulled closer in the sixth inning. With runners on second and third Luke Savage came on in relief of Perez. His first pitch was wild, bouncing in the dirt and getting past Byrne, allowing a runner to score. A groundout to Sacco brought another run home, cutting TCU’s lead to 6-4.

The Frogs went cold at the plate in the back half of the game Saturday. TCU had only one runner reach base after the fifth inning, and didn’t record a hit. Fortunately, incredible defense kept the Frogs in the lead.

In the eighth inning, Savage found himself in more trouble. With two on and no outs, he managed to get a ground ball to Rodgers who started the 4-6-3 double play. One batter later Savage induced a slow ground ball, which he barehanded falling down before righting himself and and throwing the ball to first base for the final out.

In the ninth inning, River Ridings recorded two outs with a runner on third before giving way to Garrett Wright.

Wright struck out the only batter he faced, hitting 98 repeatedly with his fastball before finishing the strikeout with a slider.

TCU and Oklahoma State play the rubber match on Sunday at 1 p.m., with the Frogs looking to leave Stillwater with a series victory against a top five team.

Watch the full postgame interviews with Bill Mosiello and Marcelo Perez below: