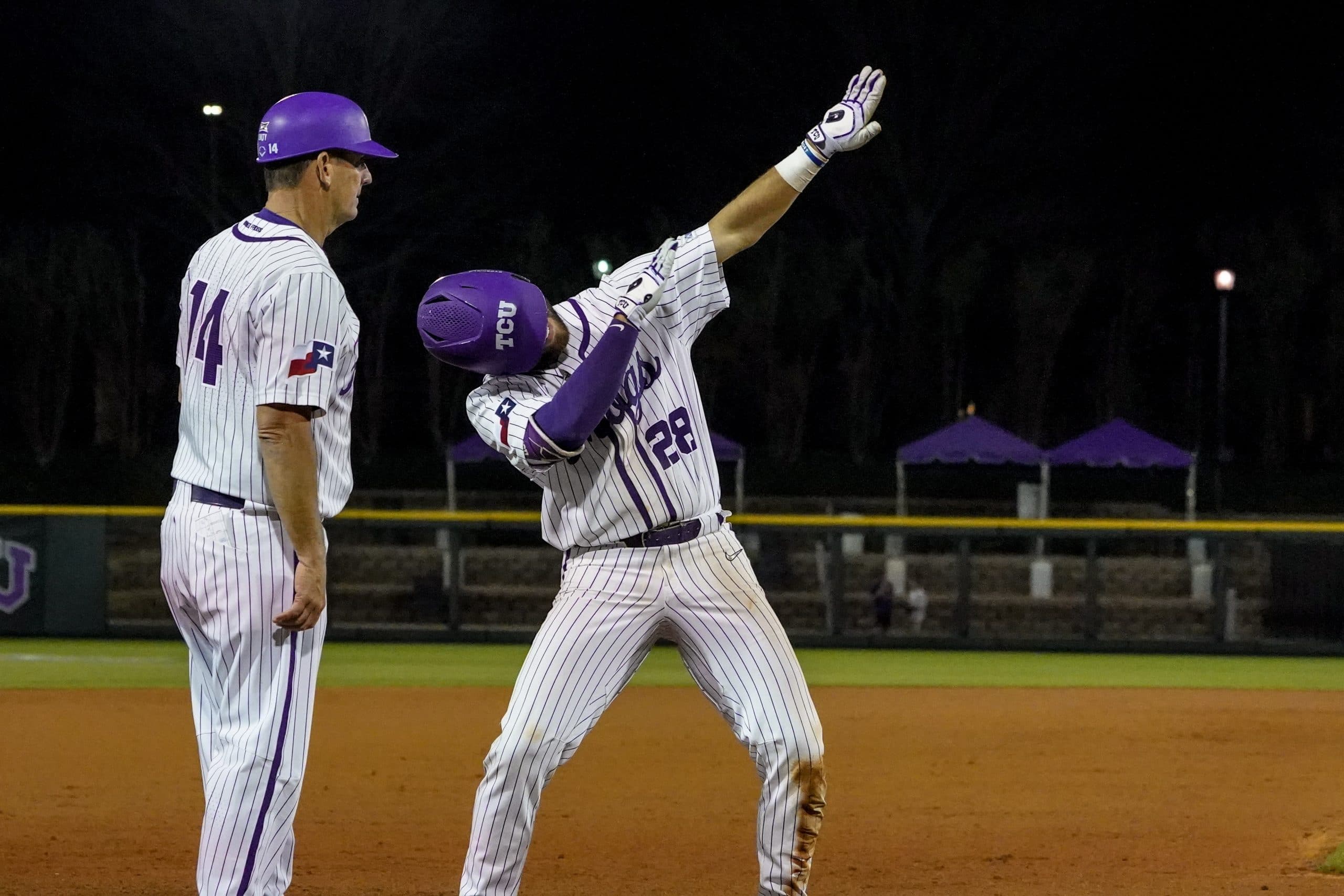 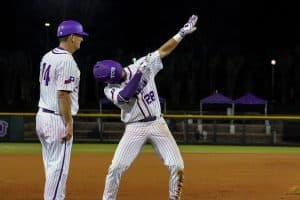 TCU scored runs in each of the first five innings of play Tuesday night en route to a 17-6 run rule victory over Texas A&M Corpus Christi.

David Bishop drove in five RBIs, upping his team-leading total to 26 on the season. Bishop’s 26 RBIs are also good enough to put him tied for ninth nationally.

Cam Brown pitched just a single inning as TCU’s starter on Tuesday night. Brown needed 26 pitches to get through the inning, allowing a run as TCU’s opponent scored first for the fifth consecutive game.

The Frogs manufactured a run in their half of the first with a little help. After reaching on a walk, a balk moved Brayden Taylor to second base. He promptly stole third before being driven home on a sacrifice fly off the bat of David Bishop.

Oliver put two runners on in the third as well before giving way to Caleb Bolden. Bolden gave the Frogs two and two-thirds innings of strong work, striking out five and allowing just one run. Bolden stabilized what could have been a runaway game for A&M Corpus Christi.

Trailing 5-1 in their half of the second inning, TCU battled back. Logan Maxwell singled home two runs to bring TCU within two. His hit was followed by a sacrifice fly from Garrison Berkley that scored Luke Boyers.

After using a Bishop double to pull ahead in the fourth, TCU added to their lead in the bottom of the fifth. With the bases loaded and one out, Mason Speaker recorded his first hit of the season. Speaker drove a ball into the gap in right center, bringing home all three runners and extending TCU’s lead to 10-6.

Sam Thompson pinch ran for Speaker at second, and then something hilarious happened. As Thompson broke for third, the pitcher wheeled to second for the pick off. It looked like Thompson would be thrown out easily, but that wasn’t the case.

You are SEVERELY underplaying how hilarious that was. pic.twitter.com/v860ofdodR

Thompson collected himself after his sliding faceplant, managing to get up and score on the error.

With TCU’s bullpen holding A&M Corpus Christi at bay, TCU’s bats continued to pour it on.

Back-to-back home runs from Taylor and Bishop extended TCU’s lead to 14-6 in the seventh. Gray Rodgers followed with a triple, scoring on a wild pitch a few moments later.

The following inning saw the Frogs add two more runs on a single from Bishop into shallow right field, giving the Frogs the victory.

With the win, TCU moves to 12-4 on the season. The Frogs now head to Waco to open up their Big 12 slate against Baylor this weekend.