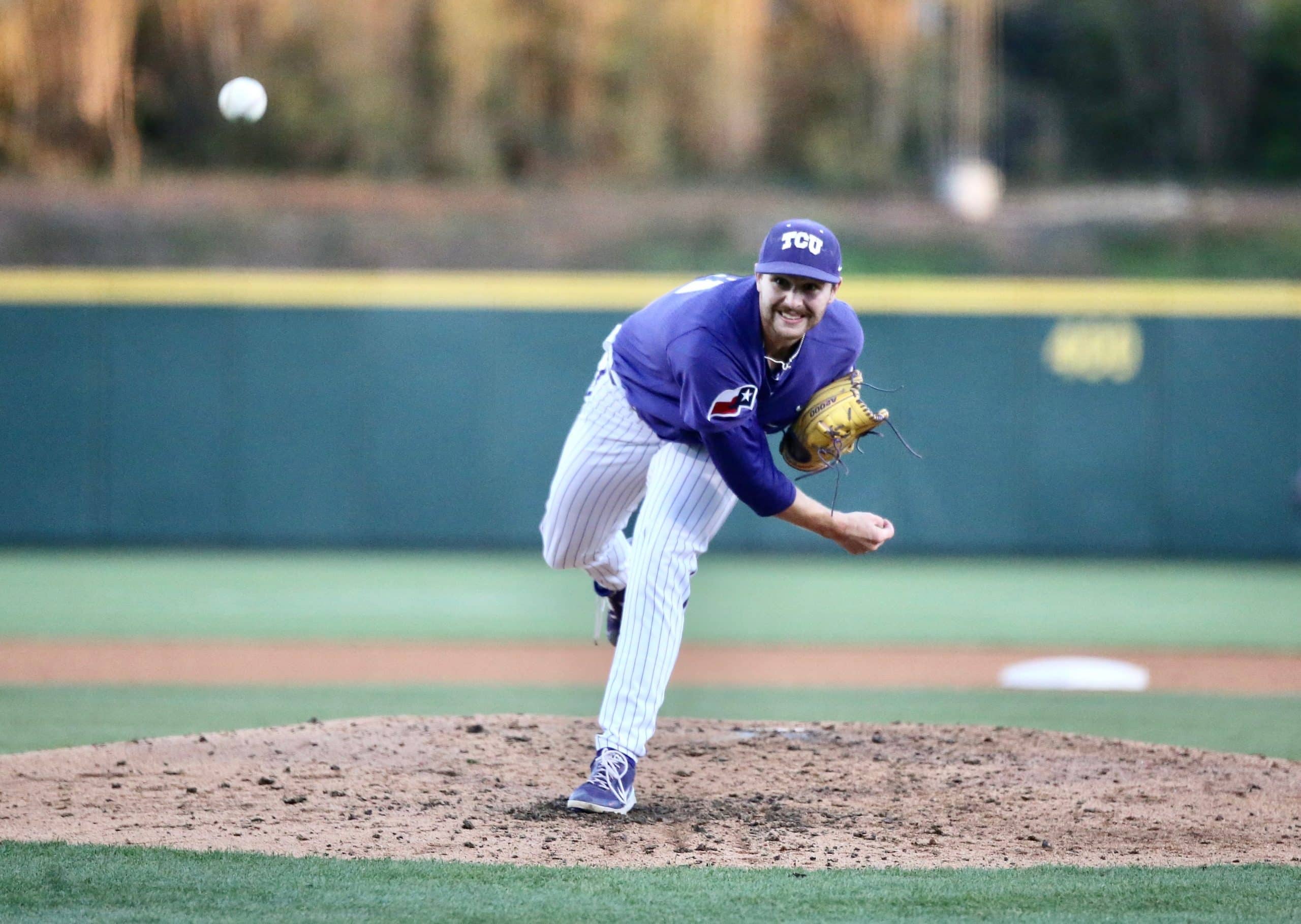 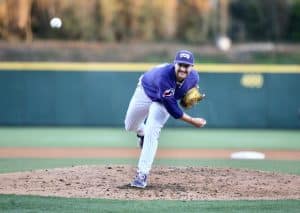 ARLINGTON – Reed Spenrath homered, Caedmon Parker’s fastball had good life, and TCU shook off a bad week with a 10-2 win over UT-Arlington on Tuesday night.

For the Frogs, the midweek win just thirty minutes from home helped serve as a palette cleanser after a tough week.

TCU managed only seven hits on Tuesday, but took advantage of four Maverick errors on the night. The Frogs scored runs in each of the final four frames to pull away from the Mavericks.

Parker’s fastball had good life, and he was able to locate it well. His secondary pitches, especially his slider, are still a work in progress. The freshman struck out two and walked three, and allowed a two-run home run in the bottom of the third inning that tied the game at two.

Parker has made midweek starts in three consecutive weeks, pitching three innings each time and each time allowing two runs.

TCU opened the game with two runs in the top of the first. Kurtis Byrne singled home Tommy Sacco to open the scoring, before Luke Boyers brought Brayden Taylor to the plate with a sacrifice fly to right field. The Frogs maintained a 2-0 lead until Parker conceded a home run in the third, but TCU exploded for eight runs in the final four innings.

While he would prefer TCU flash more power, Saarloos noted that manufacturing runs will get it done sometimes.

David Bishop got a night off for the first time this season, but the freshman couldn’t stay away. Typically when a player is not going to play in a road game they don’t travel with the team, but Bishop made his way to Arlington and sat in the stands to support his teammates.

“It says a lot in terms of a guy that wants to be here for his teammates,” said Saarloos, who didn’t know Bishop was attending until it was pointed out to him afterward.

Bishop leads the team with 37 RBIs and is second on the team with four home runs, and had started every game for TCU at first base until Tuesday.

Austin Krob has started throwing lightly as part of his shoulder rehab. Krob won’t pitch in the simulation game TCU will go through on Wednesday, but Saarloos noted that he’s probably about a week away from doing so.

“My guess is we’ll probably, hopefully get him back by Texas Tech.” Saarloos said, “If not Texas Tech, the next weekend.”

When he does come back, TCU fans can expect an incremental return from Krob. He’ll likely start in the bullpen before working his way back into a starting role.

Michael Petrie is about ten days away from getting good mobility back in the broken arm he suffered in the first game of the season.

“His big thing is being able to turn his glove over,” Saarloos said.

The repetition of catching is such that Petrie needs to have full mobility and strength back in that catching arm. Saarloos noted that Petrie probably won’t be in a designated hitter role as he works back as well, because of the similar wrist rotation required to swing.

TCU heads to Austin for a three game series against Texas this weekend. After Tuesday night’s win, Saarloos confirmed that Marcelo Perez has earned the opportunity to start. Riley Cornelio will start Friday, Perez will start Saturday, and Brett Walker will start Sunday.

“Marcelo earned a spot in terms of what he did against West Virginia out of the bullpen going 6 2/3, so he’s ready to go on Saturday,” Saarloos said.