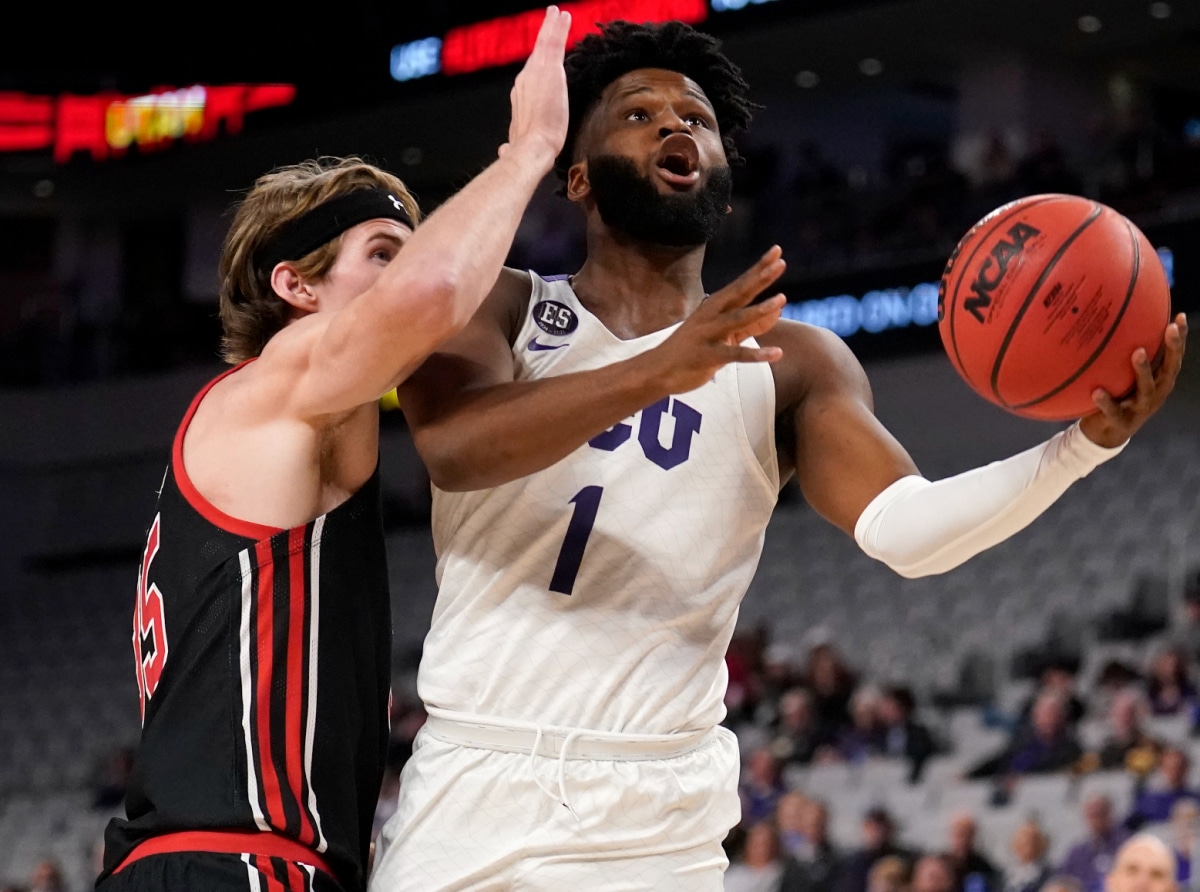 TCU men haven’t played since Dec. 21. Their next opponent Saturday is the country’s No. 1 team.

Home » TCU men haven’t played since Dec. 21. Their next opponent Saturday is the country’s No. 1 team. Mike Miles Jr. was one of the few TCU players who did not come down with COVID-19 and was able to practice during the stoppage (The Associated Press/Tony Gutierrez).

FORT WORTH — No one is going to throw a pity party for the TCU men’s basketball team, especially with so many teams going through the same COVID-related scheduling hell as the Horned Frogs.

Granted, no one else this season has had to return from a program stoppage to face the No. 1 team in the country, but those are the breaks.

TCU will be back in action Saturday afternoon (4 p.m., ESPN+) for its conference opener against defending national champion Baylor, which is 14-0 and has won 20 consecutive games dating to last season. TCU (10-1) is riding a seven-game winning streak but hasn’t played since Dec. 21.

“It is what it is, and there are no excuses and no one cares,” coach Jamie Dixon said. “It’s no excuses and we’ve got to find a way. And that’s what we’re going to do.”

What little good news there is might shave a few inches off the tall task facing the Frogs. The game is at Schollmaier Arena, which should be filled with many TCU fans, and Dixon expects the Frogs to have all 10 of their scholarship players available.

That includes leading scorer Mike Miles Jr., who missed the 90-55 victory Dec. 21 with an illness. However, it wasn’t COVID-19, and he was one of the five scholarship players who did not catch it upon returning from the Christmas break.

“It was kind of weird not having the whole team in there for practice,” said Miles, who is averaging 16.9 points per game. “It kind of felt like last year. Obviously, we did it more times last year, but I didn’t like it but we’re good now.”

The practices during the shutdown were stripped down to 5-on-0, 3-on-3 or 4-on-4 when including program walk-ons. There has been very little full-court work, Dixon said, but the healthy players received ample skills coaching and worked a great deal on their shooting.

If there was one shortcoming ahead of the stoppage, it was the Frogs’ shooting.

Now, though, they are facing a lack of conditioning and a disruption in team chemistry. They are also without guards Maxwell Evans (shoulder) and Shahada Wells (knee), who will be redshirted after being limited so far this season.

The final two practices before Saturday’s game were expected to feature more full-court work. Dixon said the Frogs would be cramming as much in as possible over the final 48 hours to get ready for the Bears.

It wasn’t going to be an easy game had there not been a COVID lockdown. It won’t be easy coming off of of one that will span 18 days between games.

“There is no positive,” Dixon said. “You don’t get better. Sitting out is not good. When the time comes, you’ve got to make yourself as ready as possible and mentally as tough as possible and find a way.”