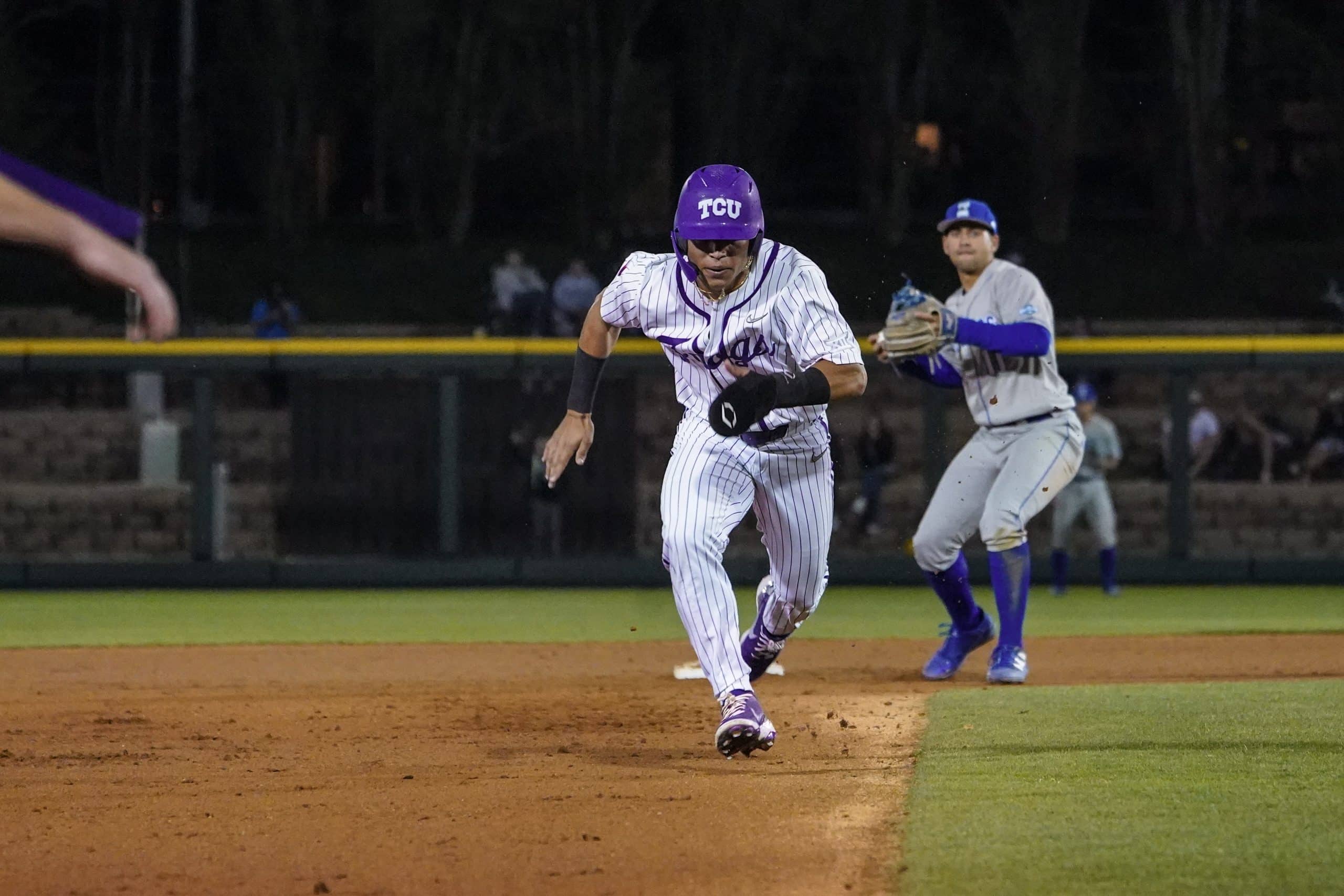 TCU baseball travels to Baylor to kick off Big 12 slate

FORT WORTH — TCU, which was picked to finish fourth in the Big 12 preseason poll, opens its conference on the road this weekend against Baylor.

TCU swept the series against the Bears last season and hopes to have similar success against Baylor this year.

The Frogs bring their four-game winning streak into Waco, having swept Army and run-ruled Texas A&M-Corpus Christi in the last week. TCU’s bats have been hot, showing an uptick in power that’s surprising even to the Frogs. TCU has hit five home runs in the past four games after hitting just its in the first 12 games.

“I think it was kind of unexpected, to be honest.” freshman first baseman David Bishop said, “We’re really a gap-to-gap team, but if we can include some home runs then we can really do some damage.”

Bishop leads the Frogs with three home runs. He also leads TCU with 26 RBIs, which is good for a tie for 10th most nationally. Bishop credited his teammates for his success after the Frogs’ win Tuesday.

“It’s easy when you have guys like Brayden Taylor in front of you just to take the pressure off,” Bishop said. “It’s easy to do my thing, and I mean you can’t have RBIs, except for home runs when nobody gets on base.

“So having the guys on base in front of me is really the key to my success.”

Baylor opened its season 0-3 getting swept at home against Maryland. The Bears are 6-4 in their last 10 games, winning weekend series over Duke and Columbia, and going 2-1 in the Shriner’s College Classic down in Houston.

The Bears’ pitching staff is headlined by Tyler Thomas, a senior lefty who has put the makings of a dominant season together. Thomas (3-1) has an ERA under 1.00 over 28 innings.

The Bears’ bats leave something to be desired, though. Baylor is hitting just .247, with only one regular batting above .300. Jack Pineda, the Bears’ shortstop, is responsible for almost a quarter of Baylor’s extra-base hits, with seven of the Bears’ 30.

TCU got back on track after a tough trip to the Bluegrass state, and now have a four-game winning streak. With the pitching rotation shuffled last weekend against Army, it’s clear that Kirk Saarloos is still searching for the right order. That being said, the bullpen has improved dramatically over the last week and the starters each looked more like themselves last weekend.