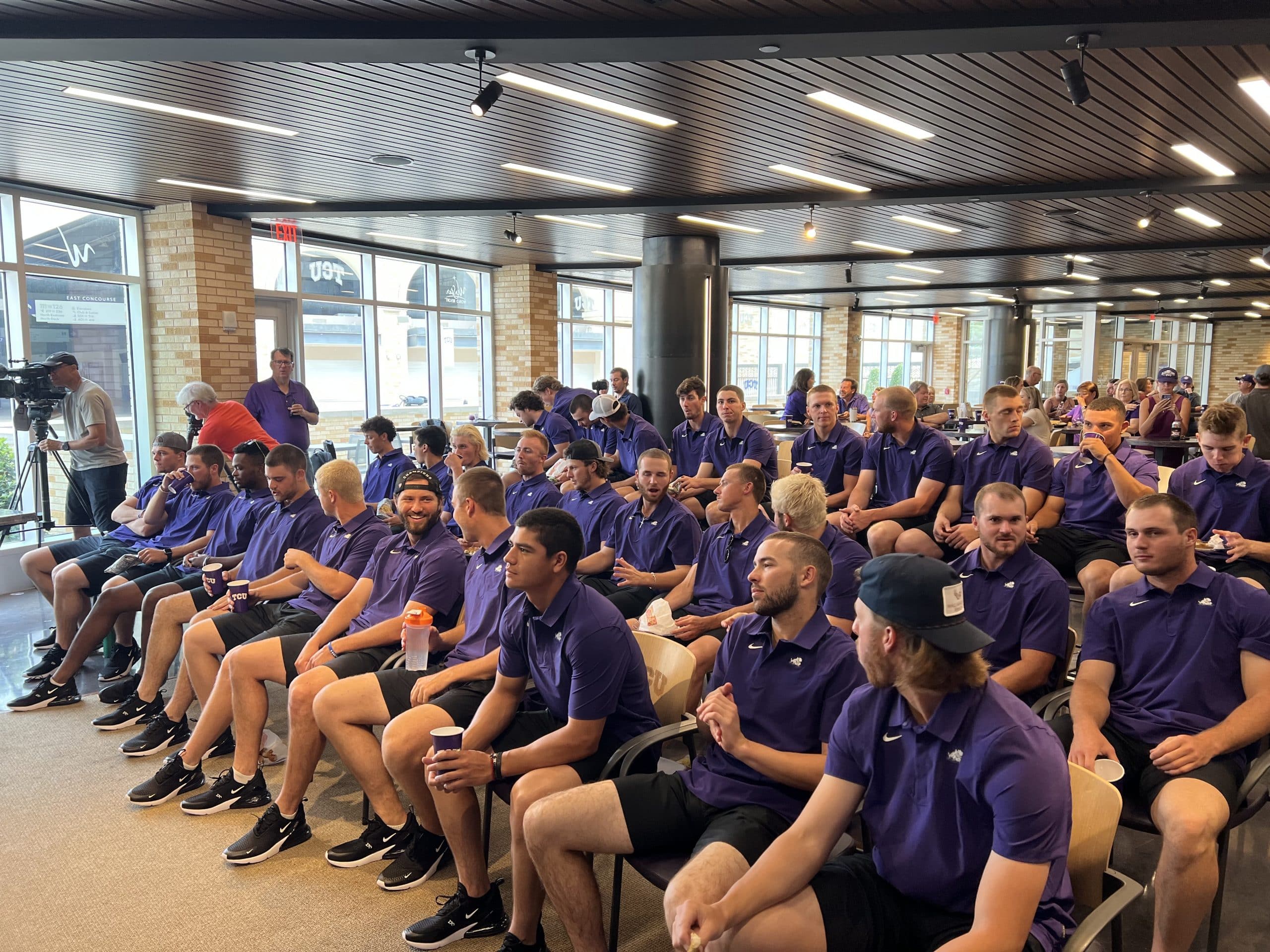 TCU baseball is headed to College Station for NCAA Tournament 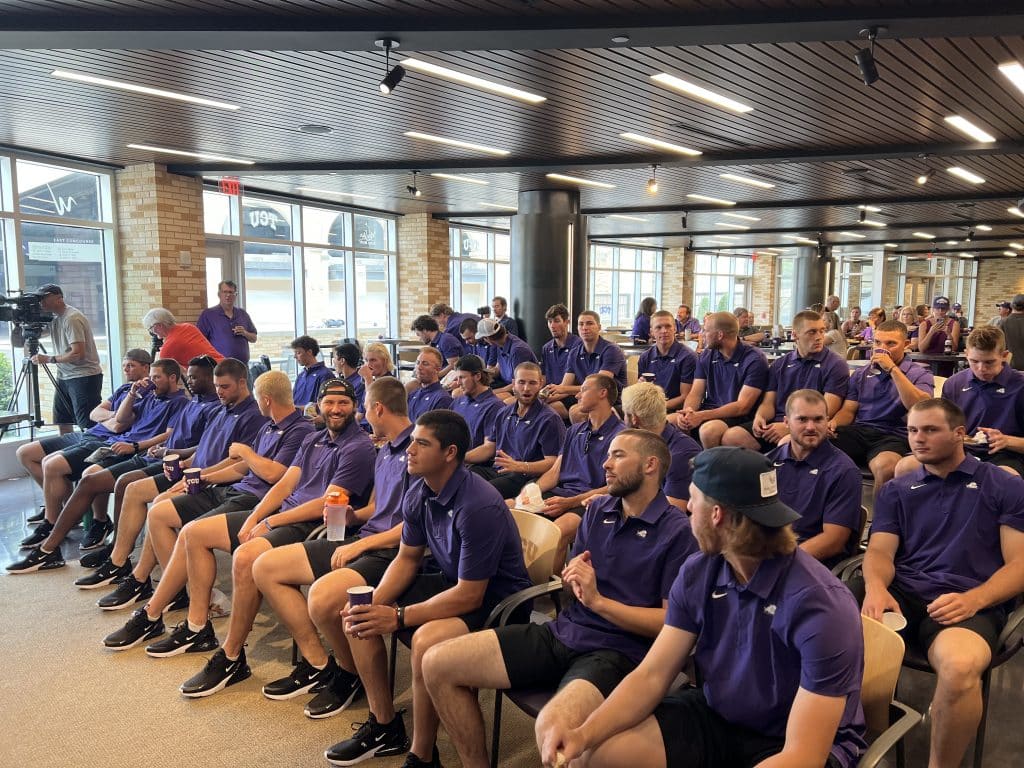 TCU baseball players await the news that they are headed down to College Station for the NCAA Tournament (Frogs Today/Jamie Plunkett).

FORT WORTH — TCU baseball has learned its destination for the NCAA Tournament. The Frogs are headed to the College Station regional, hosted by No. 1 seed (No. 5 national seed) Texas A&M, and will be joined by No. 3  seed Louisiana and fourth-seeded Oral Roberts.

“I was excited for our guys,” TCU coach Kirk Saarloos said after the announcement. “Obviously, we’d love to be hosting, but that didn’t happen. .. The biggest thing for me is that it’s 2 1/2 hours away, so our fans don’t have to hop on a plane. They can just get in their car and come down and watch.”

The Frogs will have an opportunity to face off against former coach Jim Schlossnagle, who led the Horned Frogs to five College World Series appearances in his 18 seasons in Fort Worth. He led the Aggies to a 37-18 record, including a 19-11 record in the SEC, in his first year.

The Frogs still had a chance to host, despite their low RPI, heading into the Phillips 66 Big 12 tournament. Their 1-2 record and being eliminated by Oklahoma State on Friday night, didn’t do them any favors. Instead, Texas and Oklahoma State will represent the Big 12 as hosts, while the two teams holding trophies — TCU and tournament champion Oklahoma — will hit the road.

Meanwhile, Florida, a team that finished with a .500 record in the SEC and seventh in the conference during the regular season, has been named a host.

Ultimately, it doesn’t seem like the Big 12 — the third best RPI conference in the nation — received the amount of respect from the selection committee it probably deserved.