No. 10 TCU settles for draw with West Virginia after late own goal

By Ray CartwrightOctober 7, 2022No Comments

Home » No. 10 TCU settles for draw with West Virginia after late own goal 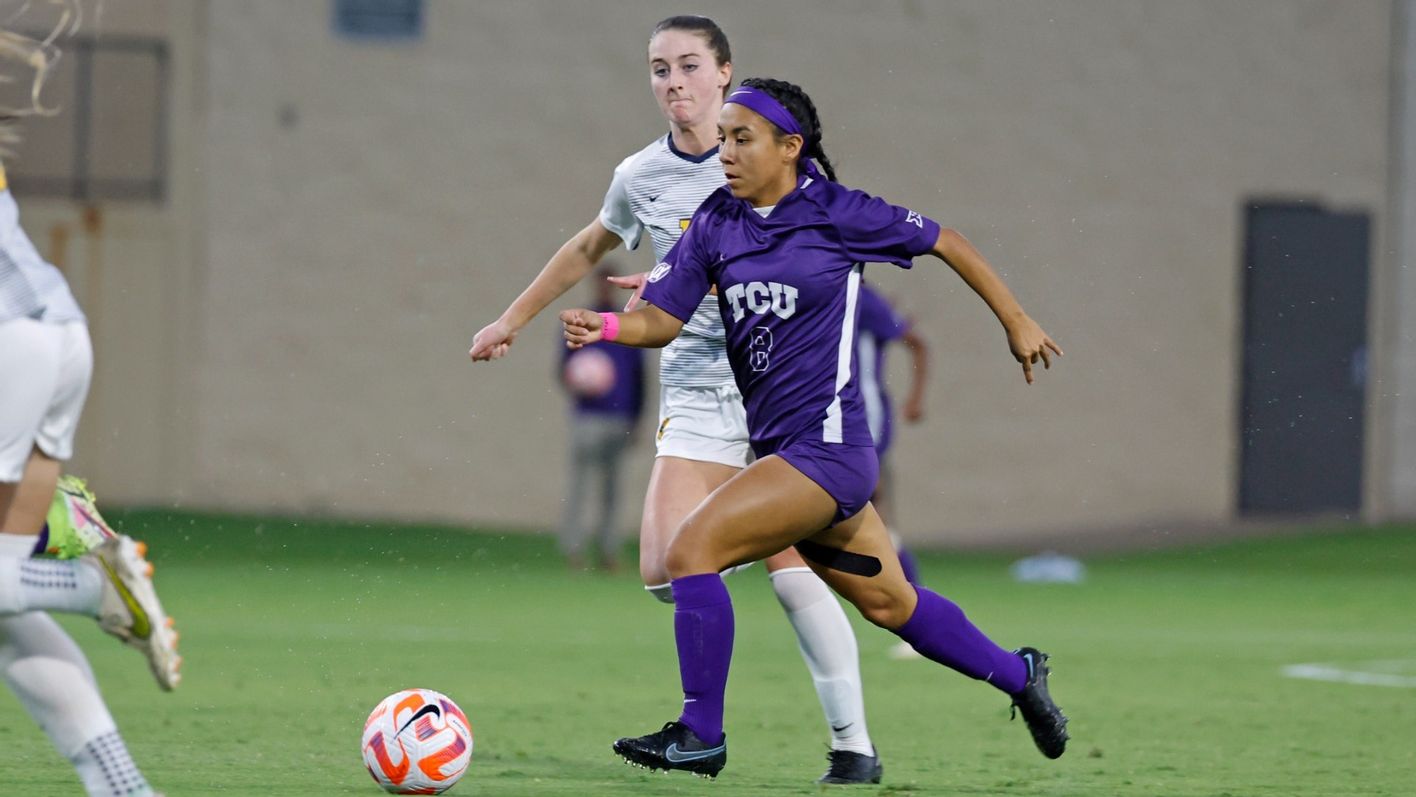 TCU got a goal from Seven Castain, but the Frogs could onlyl tie West Virginia 1-1 (TCU Athletics),

FORT WORTH —  No. 10 TCU didn’t lose Thursday night, but it might have felt like that after a own goal led to a 1-1 draw with West Virginia.

In a night with plenty of positives, including freshman Seven Castain scoring her first career goal with the Horned Frogs, this one leaves a sour taste.

“I thought we executed the game play to a tee,” coach Eric Bell said. “We were able to come away with a goal while also not giving up a whole lot of chances. The game got away from us and we did not do the things we needed to do in the second half. Credit to them. They played hard and came away with the draw.”

The game was a back-and-fourth affair early as both teams appeared to trying to figure each other out. TCU really started to dominate play halfway through the first half by getting several quality looks on net. West Virginia’s goalkeeper Kayza Massey was up to the challenge. Massey made one of the more incredible saves you’ll see this season on a Camryn Lancaster missile, reaching out to knock it away with her fingertips.

TCU broke through in the 39th minute as Castain took a feed from Grace Coppinger and kicked a seeing-eye ball that work its way past several Mountaineers defenders and the goalkeeper.

“I wanted my first goal to be memorable and be a team moment, and that’s what it definitely was,” Castain said. “It was a great ball and then I had four teammates running to the keeper to make sure she couldn’t get it. I was really grateful.”

As dominating as the Frogs were in the first executing their game plan, the second half was a different story. TCU was a little lackadaisical with ball, which created several Mountaineer chances. Luckily for TCU, goalkeeper Lauren Kellett was impressive once again with several great saves to keep the Mountaineers off the board.

Heck broke loose in the 80th minute in the TCU box when a West Virginia cross was kicked into the TCU goal by Chaylyn Hubbard as she tried to clear it.

TCU had several chances after that in the final nine minutes, including one where it appeared Castain was fouled by a Mountaineers defender that would of given TCU a free kick just outside the box, but no call was made and TCU was left to salvage a point out of this contest.

TCU is back in action this Sunday at home against Iowa State on senior day.