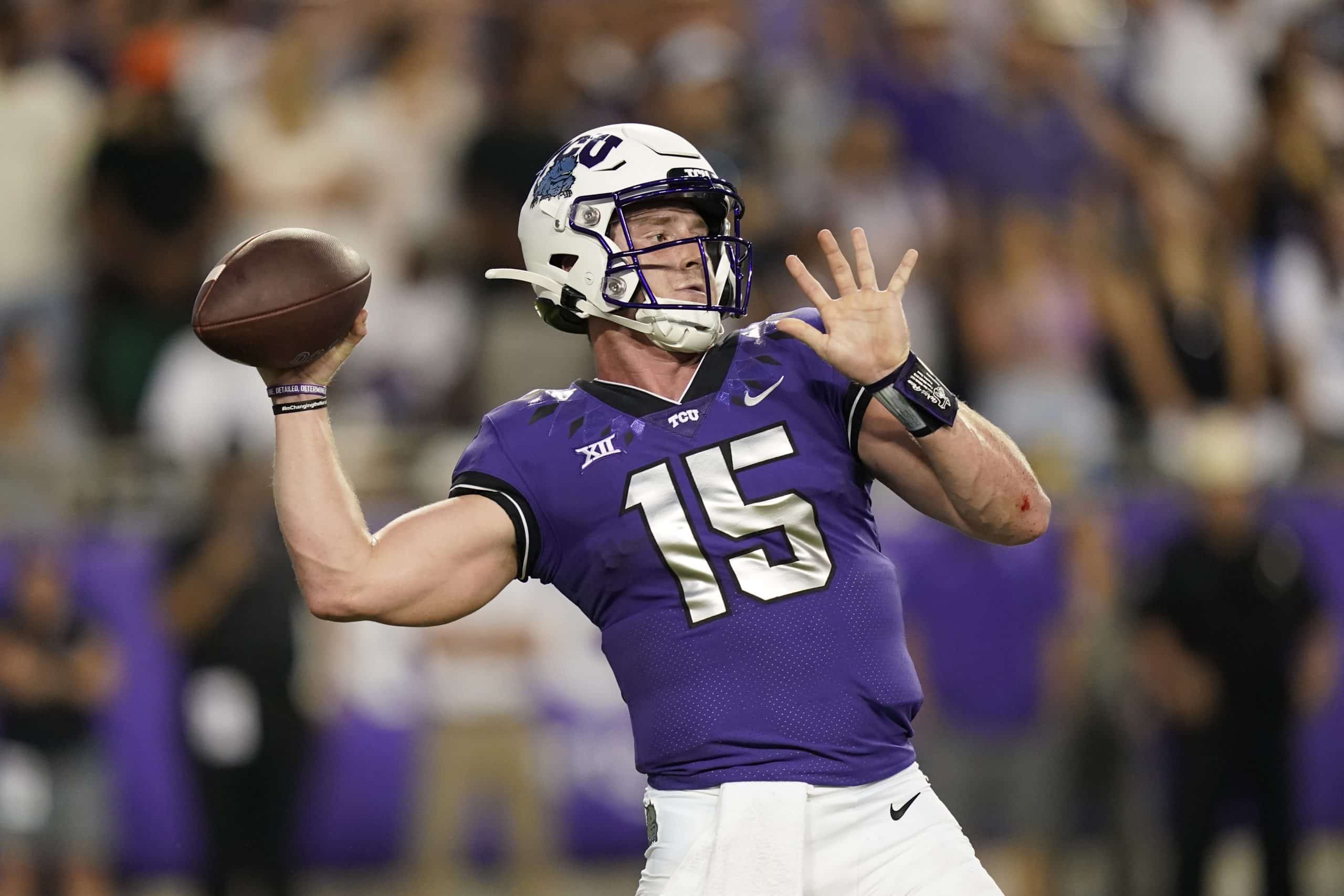 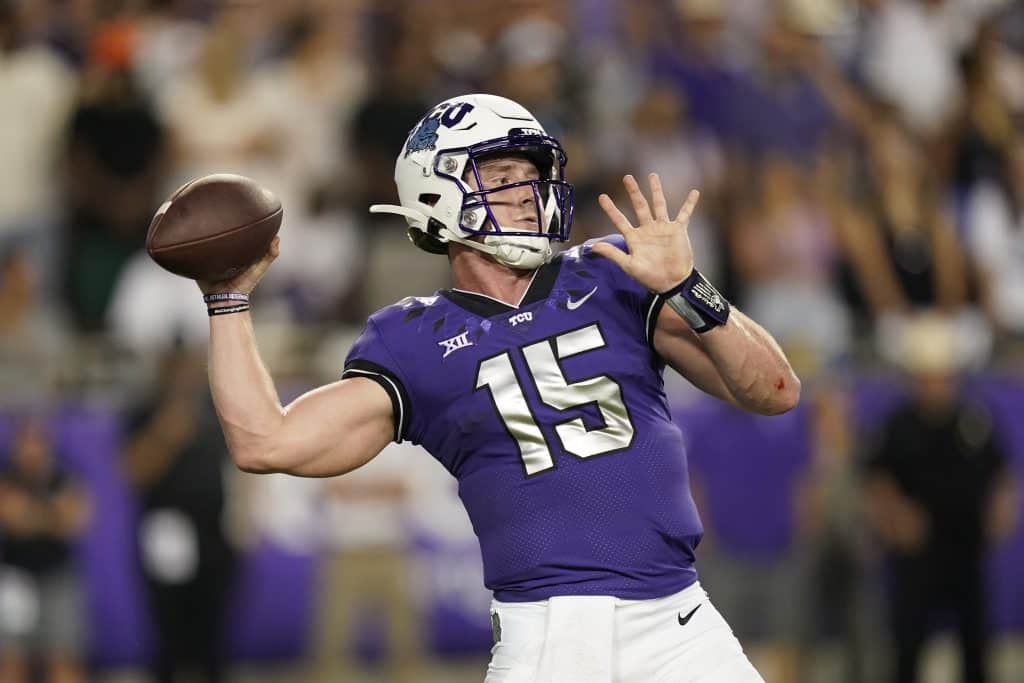 Max Duggan didn’t have much trouble moving the ball through the air against Tarleton State (The Associated Press/LM Otero).

FORT WORTH — While many of the heavily favored teams Saturday in college football messed around and got beat, that wasn’t about to happen at Amon G. Carter Stadium.

TCU did to Tarleton State exactly what it was supposed to do. The Horned Frogs shot out to a four-touchdown lead en route to a 59-17 victory over the Texans.

The Texans took their whoopin’ and a $550,000 check with them back to Stephenville. Hopefully the softball team enjoys its new uniforms.

TCU heads into a bye week, during which it will wait to see if Chandler Morris’ left knee will heal enough for him to play Sept. 24 at SMU. I’m no doctor, but the leg-long knee brace and crutches he sported on the sidelines were not encouraging signs.

That would again leave Max Duggan at quarterback, and there’s not a thing wrong with that.