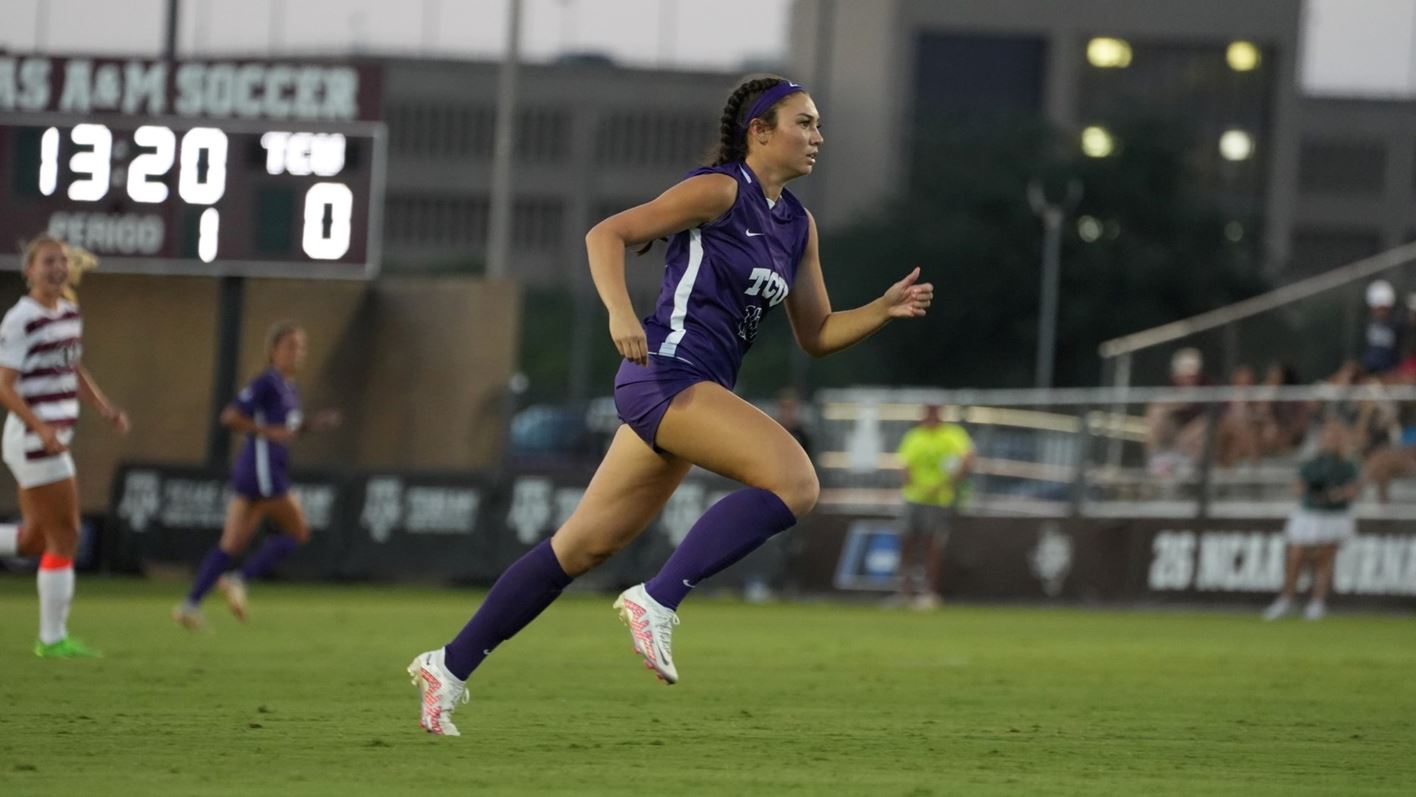 By Ray CartwrightSeptember 9, 2022No Comments 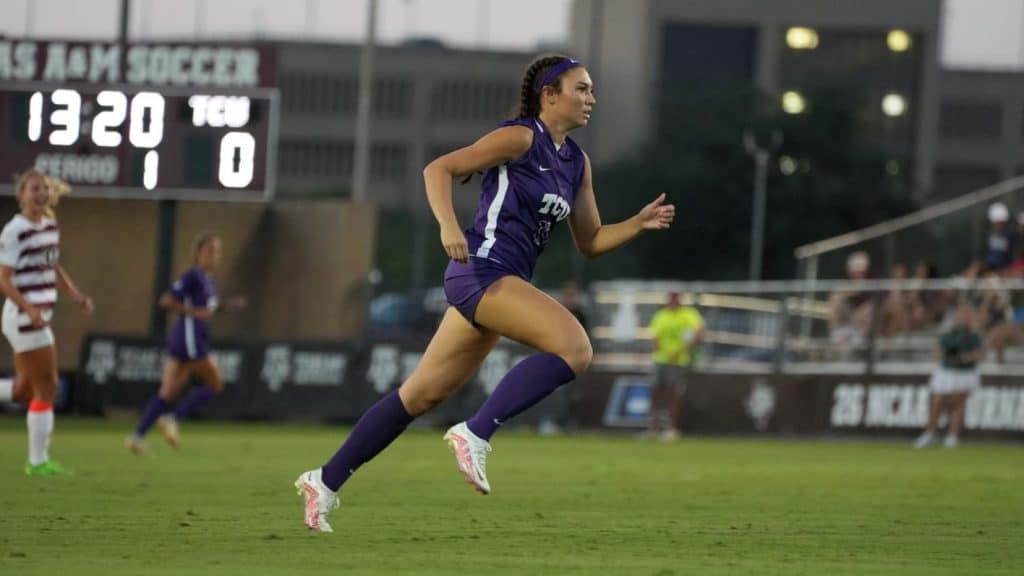 COLLEGE STATION — Late-game heroics from forward Camryn Lancaster got TCU back on track Thursday night, as the Horned Frogs took down No. 21 Texas A&M, 2-1, to snap a two-game losing streak.

“It felt pretty amazing to come out here with these group of girls, we never gave up, we fought to the finish,” Lancaster said. “We played for each other, and to be able to score the game-winning goal is amazing. It’s an amazing feeling and I’m so happy I got to do that.”

86' Camryn Lancaster's second goal of the season gives the Frogs the lead over the Aggies 👏#GoFrogs pic.twitter.com/NGdQPq8GFR

The games was a back-and-forth affair in the first half, as each team had good opportunities putting the ball on net. In the fifth minute, TCU’s Seven Castain fired off a point-blank shot that was stopped. TCU goalkeeper Lauren Kellett was also big in the first half, making two crucial saves to keep A&M off the board.

Things took a turn in the 25th minute. A&M earned a free kick just outside of the goalkeeper box and was able to convert on a laser shot that got past the TCU wall of defenders and Kellett. A&M fended off a feisty TCU attack for most of the first half.

But TCU was finally able to break through in the 40th minute as Lauren Memoly fed a nice pass to Tyler Isgrig. Isgrig did the rest, getting by A&M defenders and putting a nice move on the Aggies goalkeeper to bury her third goal of the season tie the match at 1.

40' A beauty of a feed from Lauren Memoly sets up Tyler Isgrig for the equalizer 👏👏 Game is tied 1-1!#GoFrogs pic.twitter.com/cpBMaQqZr8

“I think they really took it to us in the first half before we scored the equalizer right before the half ended,” coach Eric Bell. “It was back and forth in the second half. They had their moments and we had our moments. Thankfully, Cam was able to put it away for us.”

Kellett’s spectacular play continued on into the second half with two huge saves within a matter of minutes. Kellett made a season-high five saves.

Midfielder Olivia Hasler had a big game for the Frogs that isn’t reflected on the stat sheet. She was a key piece in keeping the ball away from A&M, feeding rushing TCU forwards, and had a couple of opportunities on net herself.

“She was up and down the flank and she intercepted a bunch of passes,” Bell said. “She did a good job at protecting space in front of the back line, and we’re thankful we have her as a left back because she’s doing a really good job for us.”