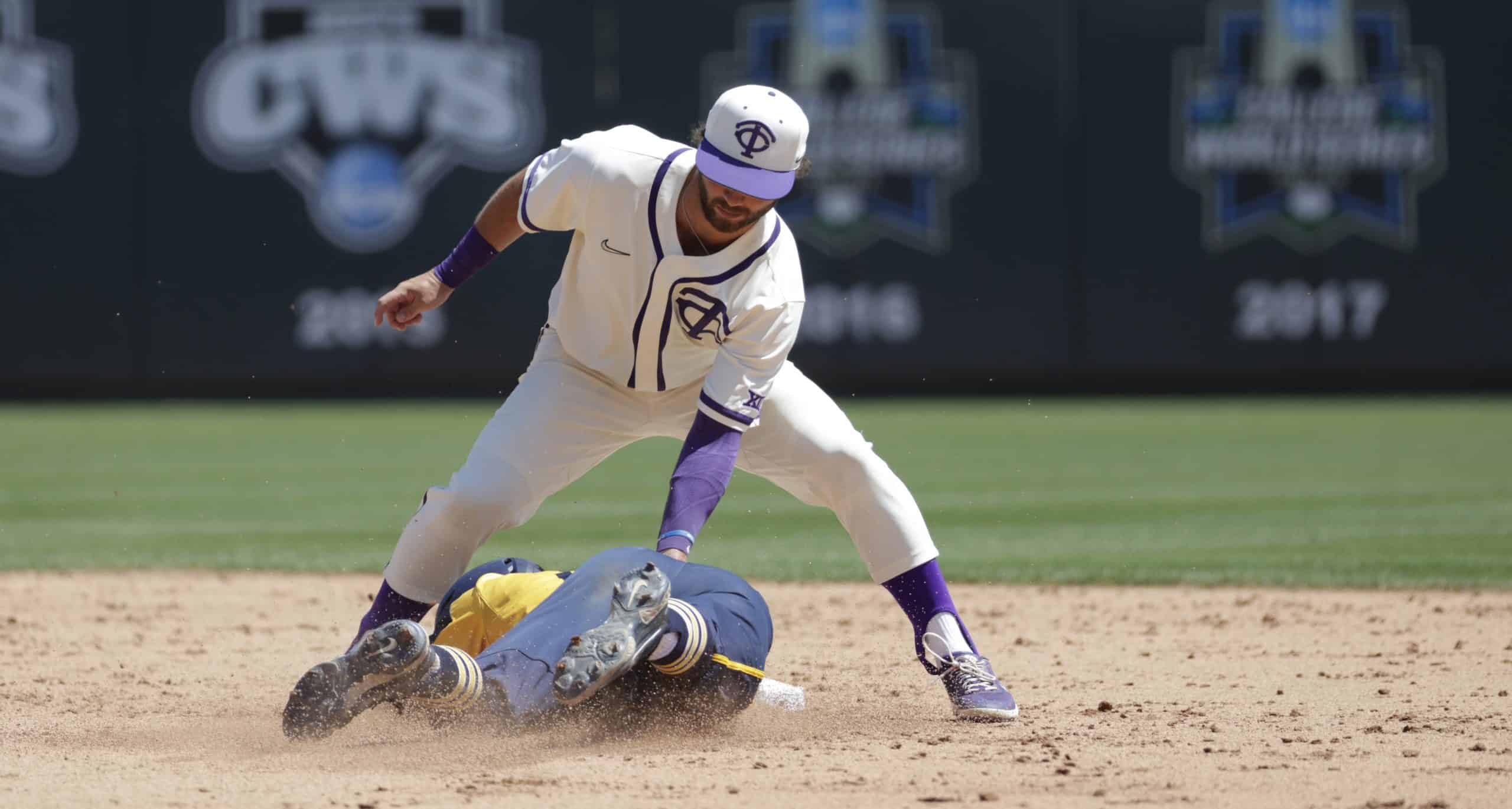 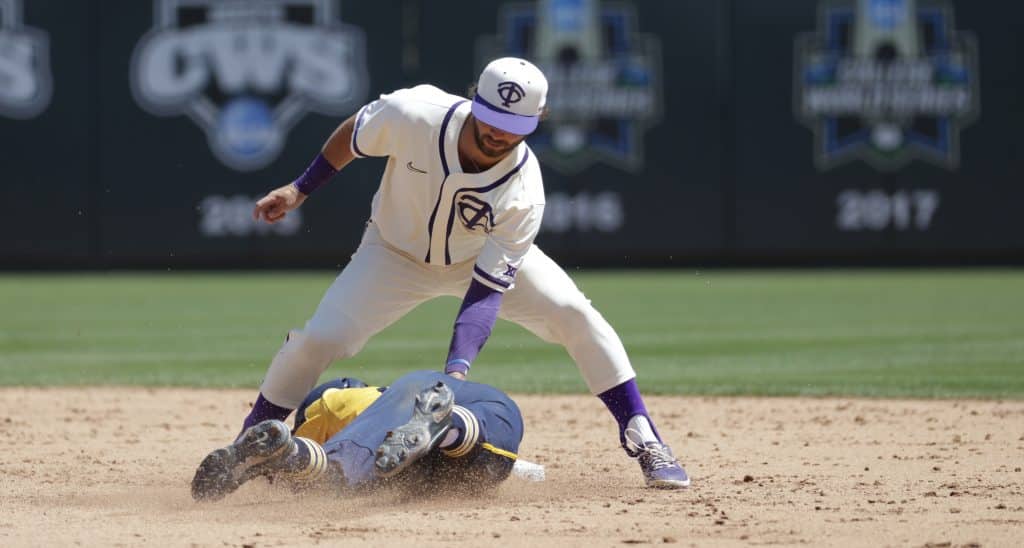 West Virginia was the aggressor all series against TCU, and the Mountaineers won the rubber game Sunday to take the series (Ellman Photography/Gregg Ellman).

FORT WORTH — TCU dropped its Big 12 series to West Virginia with a 5-2 loss Sunday afternoon, but by the end of the game the score seemed like the secondary storyline thanks to an apparent altercation between umpire Mark Winters and Horned Frogs coach Kirk Saarloos.

The confrontation came in the fifth inning, when West Virginia’s Grant Hussey took a pitch inside. The ball either hit him in the hand or hit the end of his bat, depending on who you ask.

Home-plate umpire Doug Williams initially called it a foul ball, but Hussey objected. Hussey took of his batting glove and gestured to his hand, and after taking a look, Williams awarded him first base.

TCU coach Kirk Saarloos came out to inquire about the issue, and after a short conversation the umpires decided to review the play. While in the dugout, Winters and Saarloos got into an altercation.

After the game, Saarloos told his side of the story.

Winters was the same umpire who made the dubious strike call on David Bishop to end Friday night’s contest, and had a verbal altercation with Saarloos prior to Saturday’s game when the coaches were exchanging lineups.

West Virginia pulled ahead with two runs in the first inning during another roller coaster start for a TCU starting pitcher. Brett Walker allowed four hits in the inning before Brayden Taylor saved the Frogs with a 5-3 double play to get out of the jam.

The score remained unchanged until the fourth inning. Walker got two quick outs before the wheels came off. A double to right-center kept the inning alive for the Mountaineers, Walker hit the next batter, and a single and a double pushed West Virginia’s lead to 5-0.

The Frogs got one run back in the bottom of the inning when Bobby Goodloe singled home Kurtis Byrne, but that was TCU’s only hit with a runner in scoring position on the day.

TCU scored again in the sixth inning, taking advantage of West Virginia’s lone error of the game. West Virginia attempted to pick off Tommy Sacco at first base, but the ball sailed over first into foul territory. Sacco advanced to third and scored when Goodloe grounded to second base.

After the game, Saarloos spoke about what the Frogs need to do better. It’s a comprehensive list.

Watch Saarloos’ full comments about the game here, or on our YouTube page: