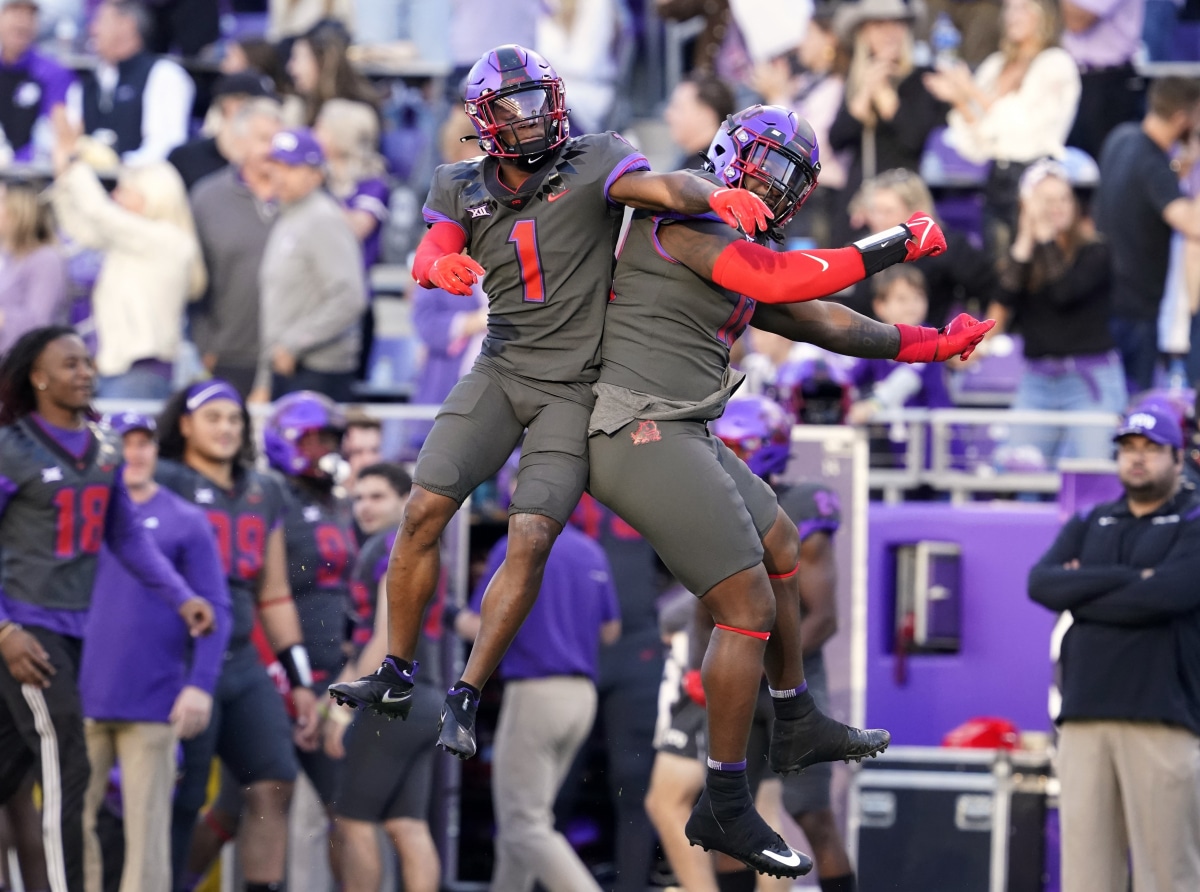 Frogs Today Weekly Newsletter: We have liftoff. Come along for the ride.

Home » Frogs Today Weekly Newsletter: We have liftoff. Come along for the ride.

Frogs Today Weekly Newsletter: We have liftoff. Come along for the ride. FORT WORTH — Launching a website, it turns out, isn’t all that easy.

Three prior launches were scrubbed in the name of getting things right. It doesn’t make much sense to create a website that cuts corners on design and content, and the Frogs Today team believes in the cliche, “You never get a second chance to make a first impression.”

So, we hope you like what you’re seeing in our first full week.

That’s not to say there won’t be tweaks. There will be once we debut our daily Frogs Today radio show/podcast/YouTube live stream, hosted by Brian Estridge. That might be how we kick off the new year.

For now, you’ll see daily content from me, ranging from news to features to all-time lists and polls. We want you guys to interact, to get some bang for your (eventually) buck. Content is free for now, but there will be premium content you won’t want to miss.

For now, have a look around, tell us what you think and make us a daily stop. You won’t regret it.

Sonny Dykes went from a showy helicopter ride to an introductory press conference to the recruiting trail and back to a press conference within a span of 16 days. That stretch could be the most important of his first season as TCU football coach.

His biggest task was salvaging some semblance of a recruiting class for the early signing period, which he feels he and his coaches accomplished with nine commitments. Eight of them are from Texas and six are from the Metroplex, an area he wants to emphasize in recruiting.

“Our philosophy is always this: We don’t ever reach on players,” Dykes said. “I think that’s where it begins. We wanted to sign guys that we felt could make a difference in our program. It would have been very easy for us to go out and sign 25 players today. That would not have been a hard thing for us to do.

“My dad always said something I always thought was interesting. He said, ‘You know, if you lose a recruit you play against them one time a year. If you sign somebody that can’t play for you, they hurt you 365 days a year.’”

It was a two-week sprint, which also included assembling a coaching staff and trying to keep current TCU players from hopping into the transfer portal. Running back Zach Evans entered the portal before Dykes was formally introduced as Gary Patterson’s replacement but has met with Dykes, the coaching staff and TCU great LaDainian Tomlinson as they attempt to convince him to stay.

Evans has visited Ole Miss and reportedly was to visit Tennessee but has not committed to another program. He is one of eight players who have entered the portal since Dykes was hired, two of whom (Earl Banquet, USC; Patrick Jenkins, Tulane) have transferred. Cornerback Kee’yon Stewart entered it and decided to stay.

After taking some time off for the holidays, Dykes said he is planning to meet with TCU players in-home before they return to campus. He and the coaching staff will be back on the road ahead of National Signing Day in February, with the aim of adding as many as 25 additional players.

Of all the things that Mike Miles Jr. does for the TCU men’s basketball team, and there’s no shortage of them, perhaps the most impressive is his uncanny ability as a finisher on drives to the hoop.

Miles, a sophomore from Lancaster, is listed at 6-foot-2, but he isn’t afraid to penetrate and take on post players at the rim. He might dunk, but oftentimes he contorts his body and uses his off hand to make a play.

“I just try to go at their body you know … and not let them block the shot. After that it’s just concentrating,” Miles said. “If I get the foul, good. If I don’t, either way I’ve still got to make the layup. That’s what I do every time. I pride myself on being a great finisher, and I try to do that every game.”

Miles has scored in double figures in all 10 games this season, including a season-high 28 against Utah at Dickies Arena. His first basket came on a layup, but he also stroked in some 3-pointers in a solid all-around game.

Coach Jamie Dixon said some players are just born with the ability to finish. Miles is one of them.

“So that’s a knack, that’s an art, and he’s had that,” Dixon said. “He became a better shooter as he got here and became a better defender this year. The ability to finish, especially with that left hand, he came with that.”

The last of the coaching vacancies in the Big 12 was filled Dec. 5 when Oklahoma hired Brent Venables, the Clemson defensive coordinator. He returns to Norman after serving on Bob Stoops Sooners staff from 1999-2011. Venables replaces Lincoln Riley, who pulled a stunner when he left for USC. Riley is the brother of new TCU offensive coordinator Garrett Riley.

This weekly newsletter won’t be all news all the time. Social media offers too much stuff, and we all waste too much time looking at it, to not share the really good stuff. We’ll try to keep it PG.

1. Man, I’m a sucker for these every time. This girl is going to believe in Santa at least until she’s a fifth-grader. Maybe forever.

2. If you follow my work at my Texas Rangers Newsletter, you know that each newsletter includes a doggy video. Those were the choice over bad golf shots, primarily because everyone likes dogs.

Bad golf shots have a new home. Here’s the first one.

3. I saw this story on Outkick.com, which does good work regardless of your political leanings. Ryan Eaton is a middle school student in Dexter, Missouri, with Down Syndrome. He loves basketball, and got the sporting thrill of his life Tuesday night.