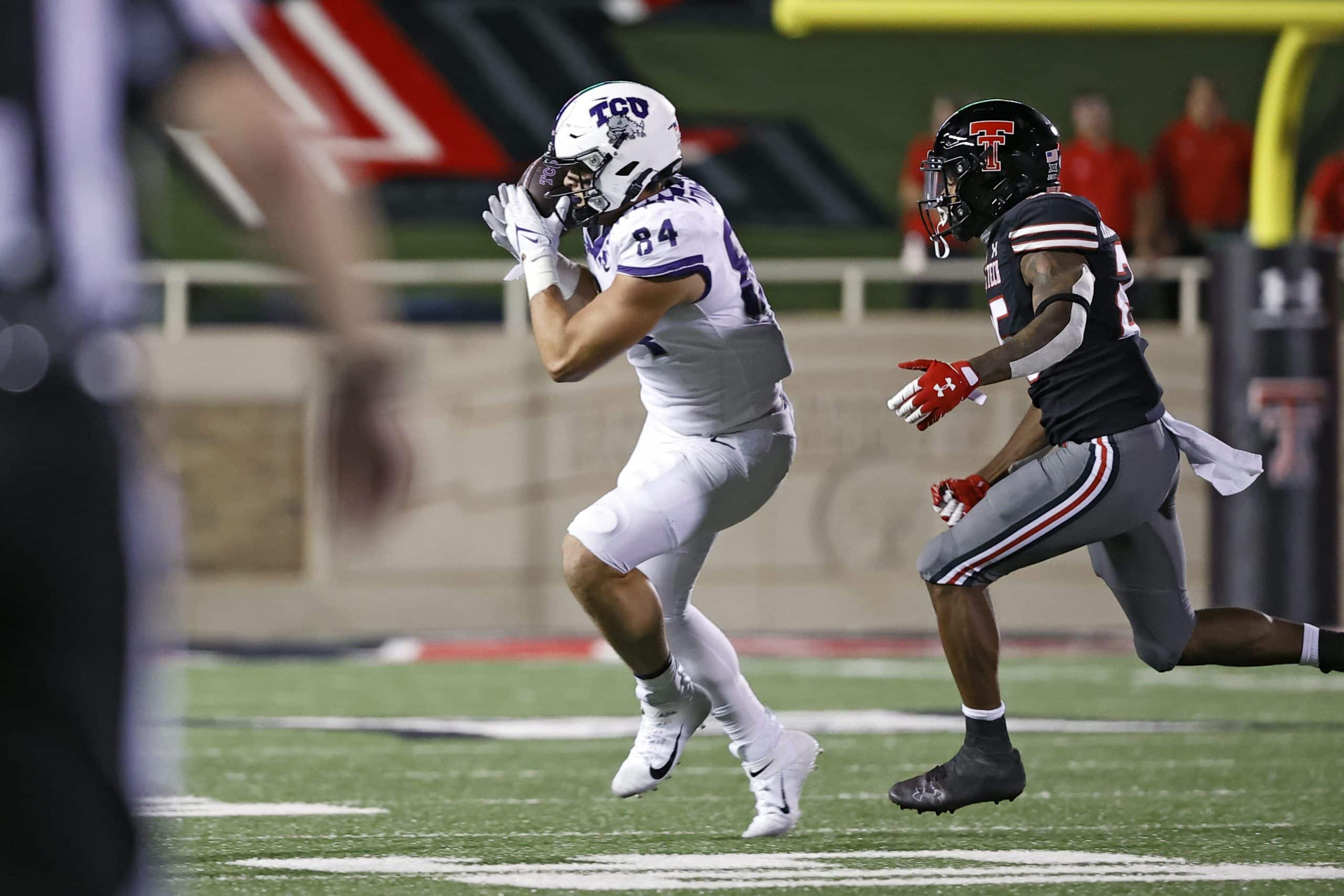 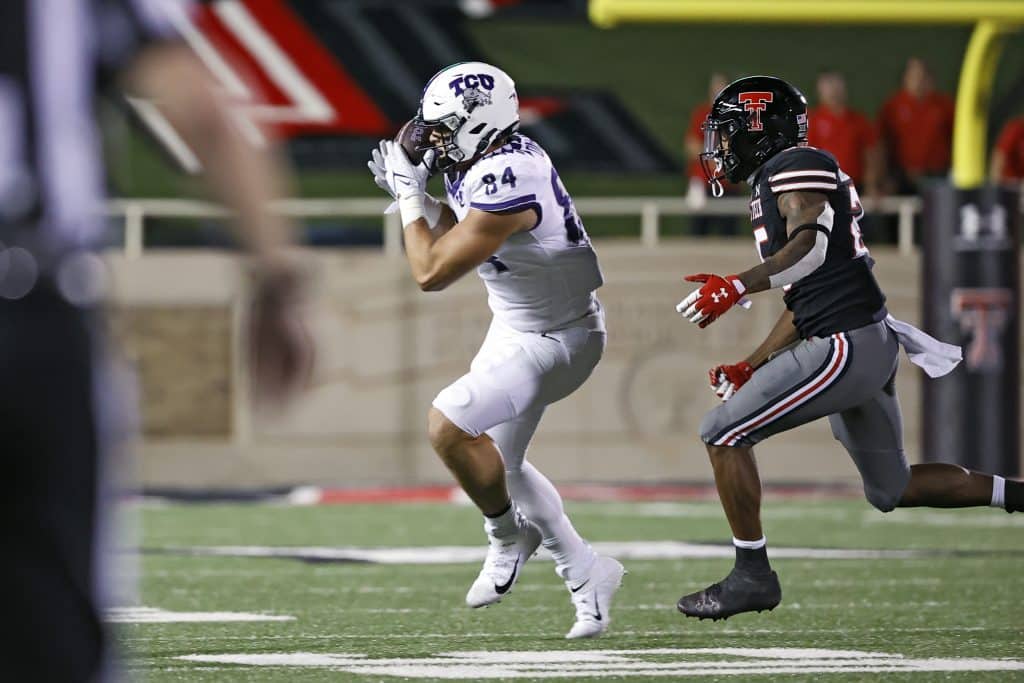 FORT WORTH — Bryan Carrington probably had no intention of waking up the Texas Tech fan base last week, but, boy, did he.

TCU’s recruiting coordinator and offensive analyst punctuated a Twitter thread about Tech’s new $25,000-a-year NIL deal with a cactus emoji, a reference to the financial desert any player who takes the Red Raiders’ cash bait would be facing.

The cactus took off, going all the way up the football food chain to Patrick Mahomes. He liked his time in Lubbock so much he left school a year early.

TCU coaches apparently were sent cacti by Tech fans, who were already in a lather after discovering that TCU has blocked the sale of single-game tickets for the Nov. 5 game at Amon G. Carter Stadium. Athletic director Jeremiah Donati said to expect the same treatment for basketball season.

Lost in the frenzy, though, are all the words Carrington typed before and after the cactus. When it comes to his dismantling of the Red Raiders’ NIL deal, no one has offered a passionate or effective defense.

Why? Because he’s right.

Here’s what he said in case you missed it.

Y’all really gotta stop romanticizing what appears to be ‘unique NIL deals!’ While they wave what appears to be a big number I urge you to ask these schools to quantify your brand potential as an individual entity, separate from the university in the same market! 🤔💡 pic.twitter.com/WmX1txo8TQ

The reality is that that extra 2k it’s gonna be a concrete ceiling for most players in scarce markets that are oversaturated with 85 scholarship players attempting to ‘build their a brand’ in a desert… 🥴🌵 pic.twitter.com/ME6dCvaK7T

Basically, Carrington is telling recruits not to fall in love with what looks like a pile of money but actually works out to $2,500 a month before the annual 15.3 percent self-employment tax. Also, TCU has more to offer from a branding standpoint, in one of the nation’s largest markets, and has a larger job market for players after graduation than Lubbock — or a lot of other schools/cities TCU is competing against for players.

Reading between the lines, Carrington is saying TCU can offer more via groups like the Flying T Club and that players might already be clearing more than $25,000 a year.

As much attention as Texas Tech has ginned up for itself with the cactus thing, there’s no hiding the truth Carrington told. And no one has really tried.

Five TCU players were selected last week in the 2022 MLB Draft, and the expectation is that none of three who could return will turn down the chance at professional baseball. All three are starting pitchers — Riley Cornelio (Washington), Austin Krob (San Diego) and Marcelo Perez (Seattle).

Deals can fall apart, and players could decide to gamble on themselves by turning in a stock-improving college season at the risk of losing what leverage they have now.

However, coach Kirk Saarloos appeared to be bracing for the departures. The Frogs have been hitting the transfer portal for pitching, and have uncovered some rotation help in the form of Sam Stoutenborough (Cal), Kade Morris (Nevada) and Ryan Vanderhei (Kansas).

Right-hander Caleb Bolden (Boston) and shortstop  Tommy Sacco (Houston) are out of eligibility and will be signing.

Depending on the organization, players might complete an onboarding program at the team’s spring site and play some rookie-level (complex league) games before being shipped to a full-season affiliate.

Speaking of Carrington, he appeared today at the Roxo Media House studio with our recruiting analyst David Beaudin to discuss the past week. It ought to be must-see TV on our YouTube channel. That’s where we house all of our videos, be it the Frogs Today show with Brian Estridge, Beaudin’s Dissecting the Frogs and all of our exclusive videos.

If you missed last week’s Frogs Today show, watch it here. It’s a visit with half of the 2022 inductees into the TCU Athletics Hall of Fame, including quarterback Andy Dalton. The rest appear in this week’s show, to be released later this week.

As always, subscribe to the YouTube channel and to the Rangers Today Baseball Podcast YouTube channel. And check out the other Roxo Media House podcasts here.

An ode to Carp: Former TCU star Matt Carpenter is a cult hero in the Bronx. Since getting his release from the Rangers (great work there, guys), Carpenter has hit 14 homers in 93 at-bats and is carrying a 1.270 OPS.

Is that any good?

Yes, it is. The Yankees, who have the best record in baseball, needed Carpenter. The Rangers, who are fading fast, didn’t. Hmmm.

Anyhoo, the Yankees don’t allow players to wear a beards, so Carpenter shaved his but left a pretty sweet mustache.

The home runs and the mustache come together here in one wonderful montage courtesy of Jomboy Media.

Carpenter hits his 2nd 3-run homer of the night pic.twitter.com/sOyqyTyDrm

Super 70s Sports, again!: The funniest sports-themed Twitter account is Super 70s Sports. Now, it’s not always about the 1970s, and that’s fine. Don’t call out founder Ricky Cobb on it. He’ll let know how he feels about it in fairly strong terms.

He somehow finds random photos from the past and provides colorful commentary on each one. This one from Monday is gold.

That moment when a shirtless and probably hungover Joe Namath shows up at football camp and teaches you how to properly execute a handoff. pic.twitter.com/MxsvHJc8Zm