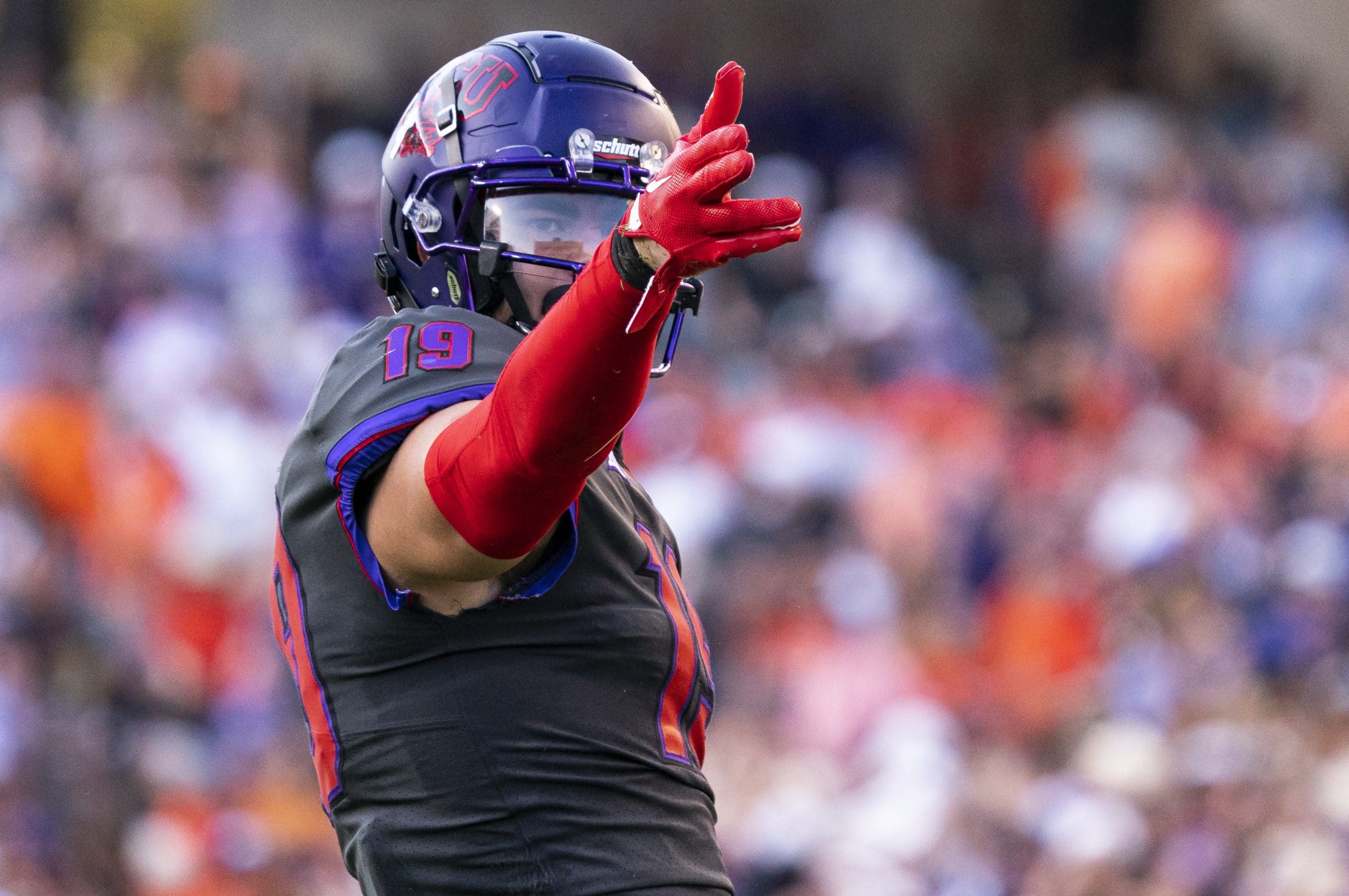 By Jeff WilsonOctober 17, 2022No Comments 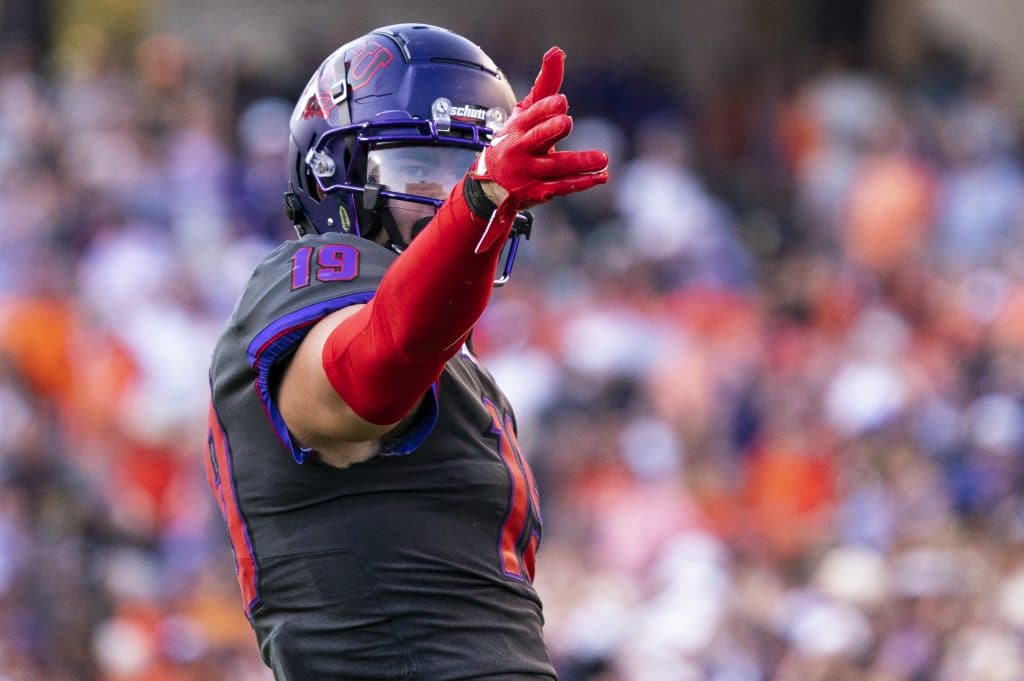 FORT WORTH — To the victor goes the spoils, and TCU is getting pretty spoiled by the national college football media after its latest victory.

The Horned Frogs are a thing again, and at right time with uncertainty again facing the Big 12 amid potential conference realignment.

A few items you probably didn’t miss, but might have:

• Quarterback Max Duggan was selected as the Co-Offenisve Player of the Week in the Big 12, his second honor of the season and the third straight week a TCU players has bagged that recognition (wide receiver Quentin Johnston last week).

• Duggan has entered the Heisman race, with one oddsmaker listing him with the 15th-best odds to win it. Some writers have pegged him as a top-10 candidate. The more TCU wins, the higher he will climb.

• Coach Sonny Dykes is a media darling, having taken over for a crosstown rival, following the coach who made TCU football, and then starting 6-0. All the big national outlets have done stories on him. Only Frogs Today, though, has his coach’s show.

• TCU has defeated a ranked in opponent in three straight games for the first time in program history. The Frogs go for a fourth straight Saturday against Kansas State.

• The Frogs are bowl-eligible and will play in a bowl for the first time since the magical 2018 Cheez-It Bowl. Hey, at least they won.

All the attention is fun, too. But Duggan has been at the forefront in warning his teammates to not freeze like a deer in the spotlight. The Frogs haven’t accomplished squat, Duggan said, and the attention he’s getting is just noise he chooses to block out.

Kansas State, meanwhile, is coming off a bye week and has a quarterback, Adrian Martinez, who is pacing for a 1,000-yard rushing season. The Frogs also haven’t defeated the Wildcats since 2018, and are very aware of that.

The men’s and women’s basketball teams are going full-throttle with practices as a new season approaches, and they will tip things off Friday night with a performance by Ludacris at a preseason event called Schollmaier Live.

Ludacris has won three Grammy awards — Best Rap/Sung Collaboration for Yeah! in 2005, and Best Rap Song (Money Maker) and Best Rap Album (Release Therapy) in 2007. He’s made another pile of money in the Fast & Furious films.

The men’s team will open the season at No. 14 in the AP rankings — the highest preseason ranking in program history. They were picked to finish fourth in the Big 12, and junior guard Mike Miles Jr. was selected as the Big 12 Preseason Player of the Year.

Frogs Today doesn’t take days off, at least not during football season. But that will likely hold true once basketball starts in, oh, a few days and then baseball. Gosh, women’s soccer is an NCAA Tournament team, men’s tennis is excellent, and women’s volleyball is having a resurgent season. Frogs Today doesn’t take days off, period. Here’s just some of our latest content, in case you missed it.

Monday Morning Quarterback: Being the hunted

Hair of the Frog: A pretty good Poke

Another road win for women’s soccer

Before diving into a trimmed-down slate of action this week, here’s a reminder that you really should be watching Frogs Today TV. We are the home of Dykes’ weekly coach’s show, which goes live on our YouTube channel on Tuesdays at 7 p.m. There something every day, and then we do pregame and postgame shows from home football games. Former Frogs star Marshall Newhouse is one of the anchors. On Saturday, a guy named LaDainian Tomlinson stopped by. Now, to the action:

The 🐐 @LT_21 joined us on the pregame show yesterday to tell us he saw this hot start coming for the @CoachSonnyDykes era. #GoFrogs | @TCUFootball pic.twitter.com/7RSd6f9G23

WTBS: Back in the good ol’ days of cable television, a great Saturday for 12-year-old me was NWA wrestling followed by Braves baseball. Keep in mind, the Braves were terrible. If I was early enough, I caught Fishing with Orlando Wilson. No relation.

So, the great Super 70s Sports Twitter account brought me back to the 1980s on Monday morning with this gem. I can only imagine how much Dusty Rhodes and Ric Flair bled.

You sure as hell aren’t getting an evening of ringside entertainment like this for $20 today, my friends. pic.twitter.com/8hEKIFX5y4

Ice cream!: My food weaknesses in life are:

This kid just discovered No. 2 on the list. It appears to be No. 1 on hers.

This was going to end badly: Hopefully no one was seriously injured, but if either of these two geniuses was, well, they might want to consider never drnking again to the point of thinking this was a good idea.

Bad golf shots: Maybe this dude should stick to flying as his hobby. A real pot shot here (sorry).