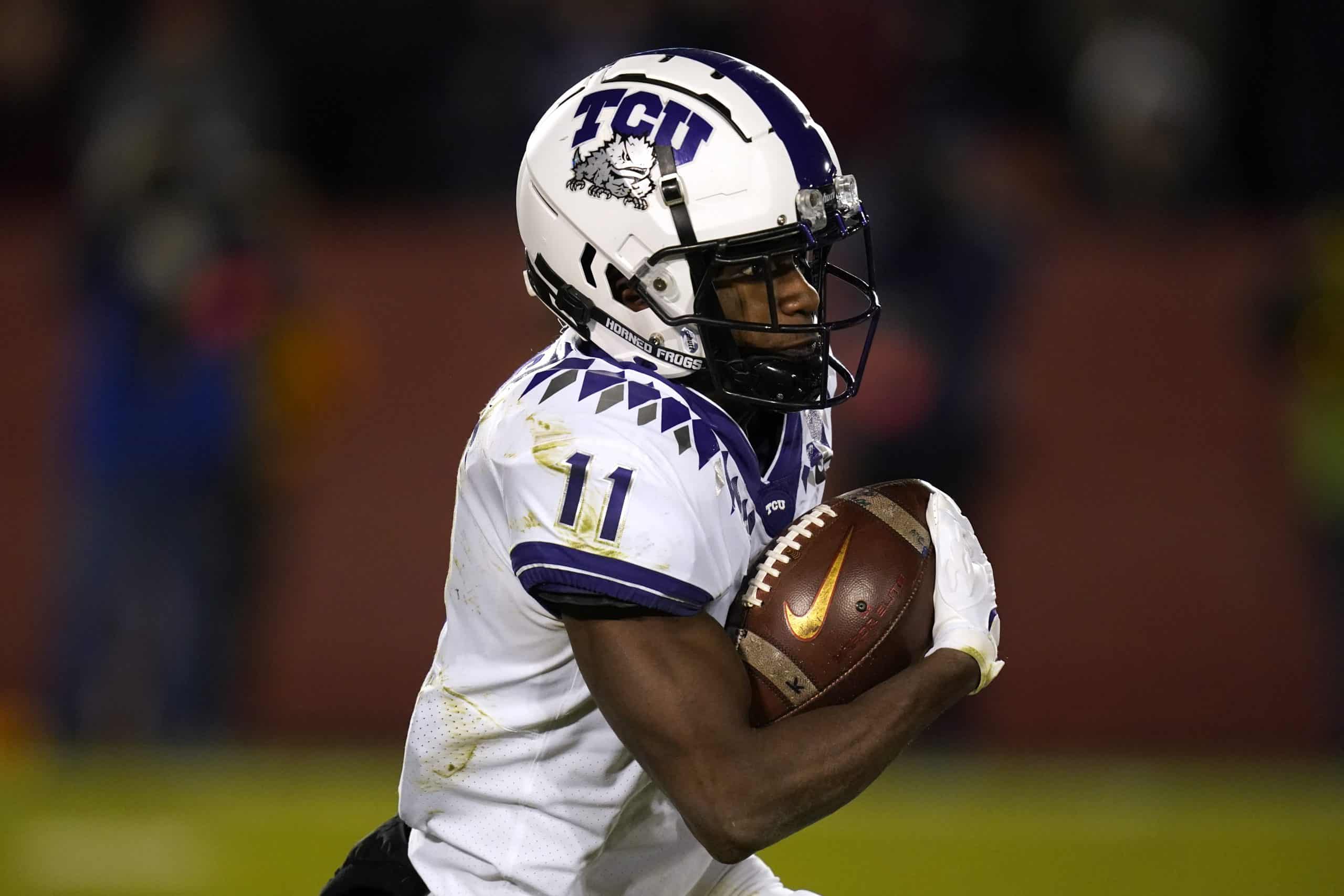 FORT WORTH — For those who like to read tea leaves, it seemed apparent that the offense didn’t have its best day Thursday morning during the initial scrimmage of TCU fall camp.

Senior wide receiver Derius Davis called it a roller coaster. Senior cornerback Noah Daniels said, yeah, the offense did good, too — almost like he didn’t want to slight them in anyway.

Coach Sonny Dykes didn’t dance around the topic, saying as he walked off the Morris Practice Fields that the defense won the day.

There is work to do, all three said, as the Sept. 2 season opener at Colorado creeps closer.

“I think it went very well today,” Daniels said. “I feel like we definitely improved from yesterday and the past practices. There was a lot of energy and a lot of takeaways. People were flying around. Obviously, we ran into adversity a couple times, but the way we responded to it was great. We’re steadily improving.”

Daniels said that defensive coordinator Joe Gillespie challenged the unit to produce three takeaways in the scrimmage, and Daniels said the defense surpassed that. There were a couple interceptions returned for touchdowns.

The offense had its moments, too, in a scrimmage that was closed to the media. Max Duggan and Chandler Morris split reps between the first and second teams, but it’s not yet known if there was any clarity in their battle to be the starter.

“The offense did pretty good today, but we can always do better,” Davis said. “It was kind of like a roller coaster. The defense made some plays, and then the offense came back and made some plays. Overall it was a good day.”

The Horned Frogs don’t practice Friday, giving the coaches nearly 48 hours to review film, address mistakes and potentially shape a depth chart for the resumption of camp Saturday morning. Teams scrimmage in order to learn what needs to be fixed, and the first one revealed probably more than the coaches would like.

A second scrimmage is scheduled for Aug. 21.