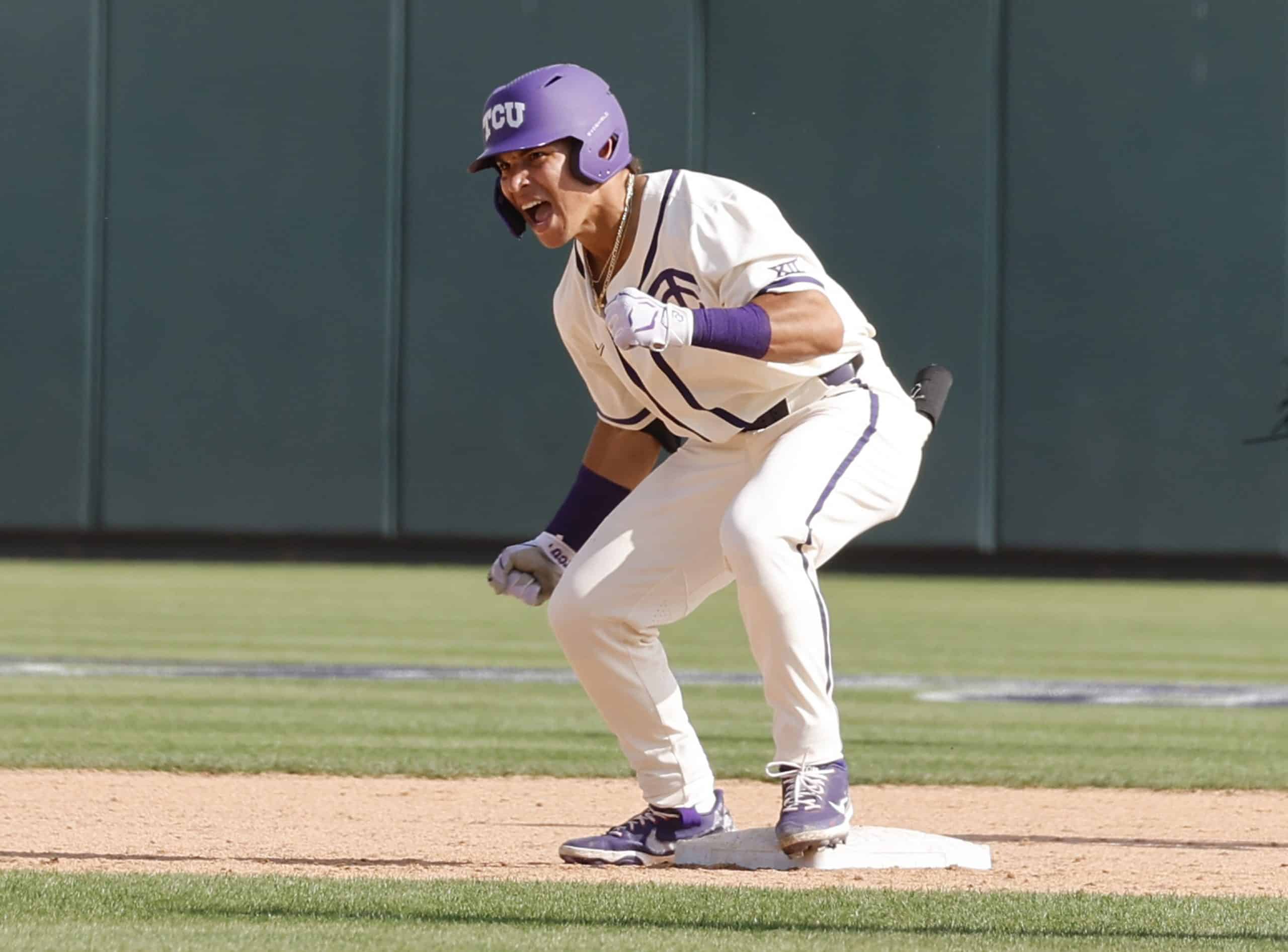 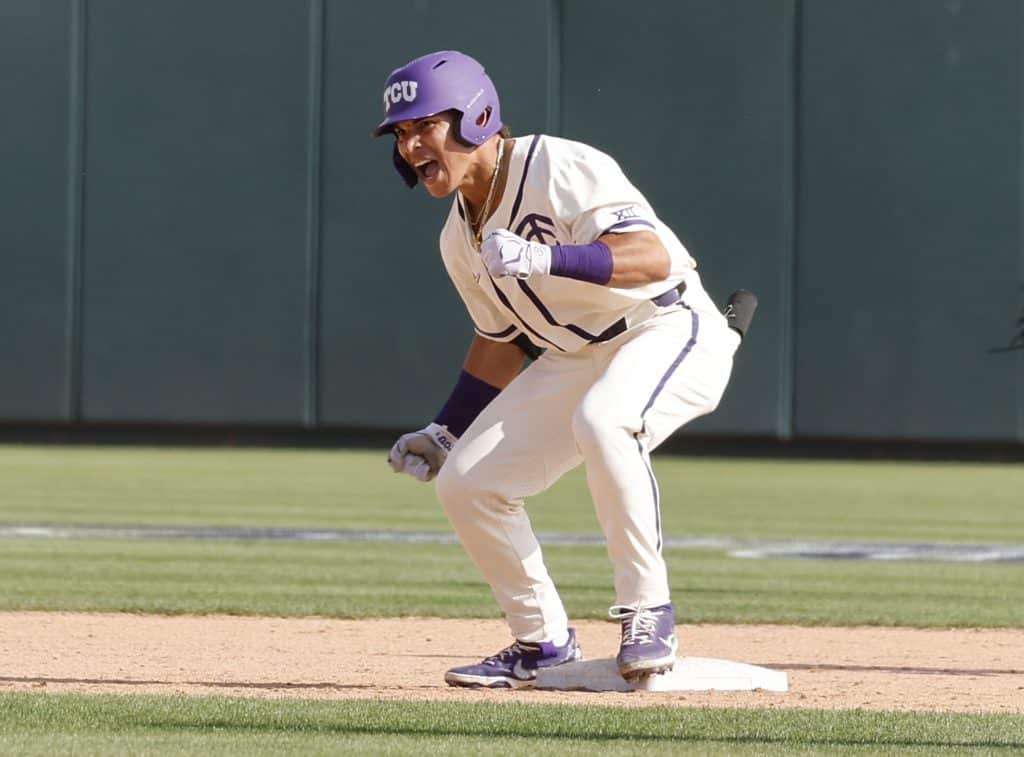 FORT WORTH — TCU ran up the score Saturday on Texas Tech, beating the Red Raiders 11-3 and clinching the series sweep.

Brett Walker carried a no-hitter into the fifth inning for the Frogs, and the bats continued their hot hitting as they seemed to hit the reset button after a tough two-week stretch.

TCU’s sweep of No. 4 Texas Tech took place in front of a record crowd, too. The Frogs set a regular-season weekend attendance record of 17,461, clearing the old record by more than 200 people.

Reed Spenrath got the scoring started for TCU in the bottom of the second. Leading off, Spenrath launched a home run over the center-field wall for a 1-0 lead.

TCU added to its lead in the third. Spenrath singled up the middle to score Tommy Sacco from third base. A phenomenal catch from Easton Murrell in right field on a hard hit ball from Kurtis Byrne kept TCU’s lead at 2-0.

The Frogs tacked on another in the third with a two-out single from Elijah Nunez to score Luke Boyers.

Texas Tech got one back in the fifth, with a little help from Walker. After a leadoff double ended Walker’s no-hit bid, a walk and two consecutive hit batsmen pushed a run across for the Red Raiders. TCU coach Kirk Saarloos wasn’t pleased with the home-plate umpire’s strike zone, giving the ump a piece of his mind on his way back to the dugout after a mound visit to Walker.

The two continued to go back and forth even after Walker got out of the bases-loaded jam with a groundout to Sacco. The fans at Lupton Stadium, regardless of the color of their shirt, seemed displeased with the way balls and strikes were called. Both fan bases had plenty to say to the plate umpire, who consistently neglected to call strikes in the top third of the strike zone.

One half-inning later Jace Jung drove in his first run of the weekend with a single to right field. Jung, Tech’s most proficient hitter, was held in check for the majority of the weekend, mustering just two hits. Jung struck out three times but also managed to work six walks. For TCU, it seemed that putting him on first base and pitching to the rest of the lineup was the strategy.

The Frogs really broke things open with a two out rally in the seventh inning. Sam Thompson brought home a run by working a walk with the bases loaded, making the Frogs’ lead 7-2. One batter later, Nunez doubled into the right-field corner to clear the bases and give TCU a 10-2 lead.

Tech scored one in the eighth inning on a Sam Hunt double, cutting TCU’s lead to 10-3, but TCU matched it in their half of the inning.

Drew Hill came on to pitch in the ninth inning to close things out for the Frogs, and he got some incredible defensive help along the way. Brayden Taylor made a spectacular diving catch over at third base, before standing up and making the long throw across the diamond to David Bishop for the out.

After a walk put Jung on first base, Hill induced a ground ball off the bat of Ty Coleman which turned into a 6-4-3 double play to end the game and the series.

With the sweep, TCU now sits at 24-12 (10-5) on the season and is third in the Big 12 standings. TCU hosts UT-Arlington at 6 p.m. Tuesday before heading to Stillwater for a weekend series against Oklahoma State.