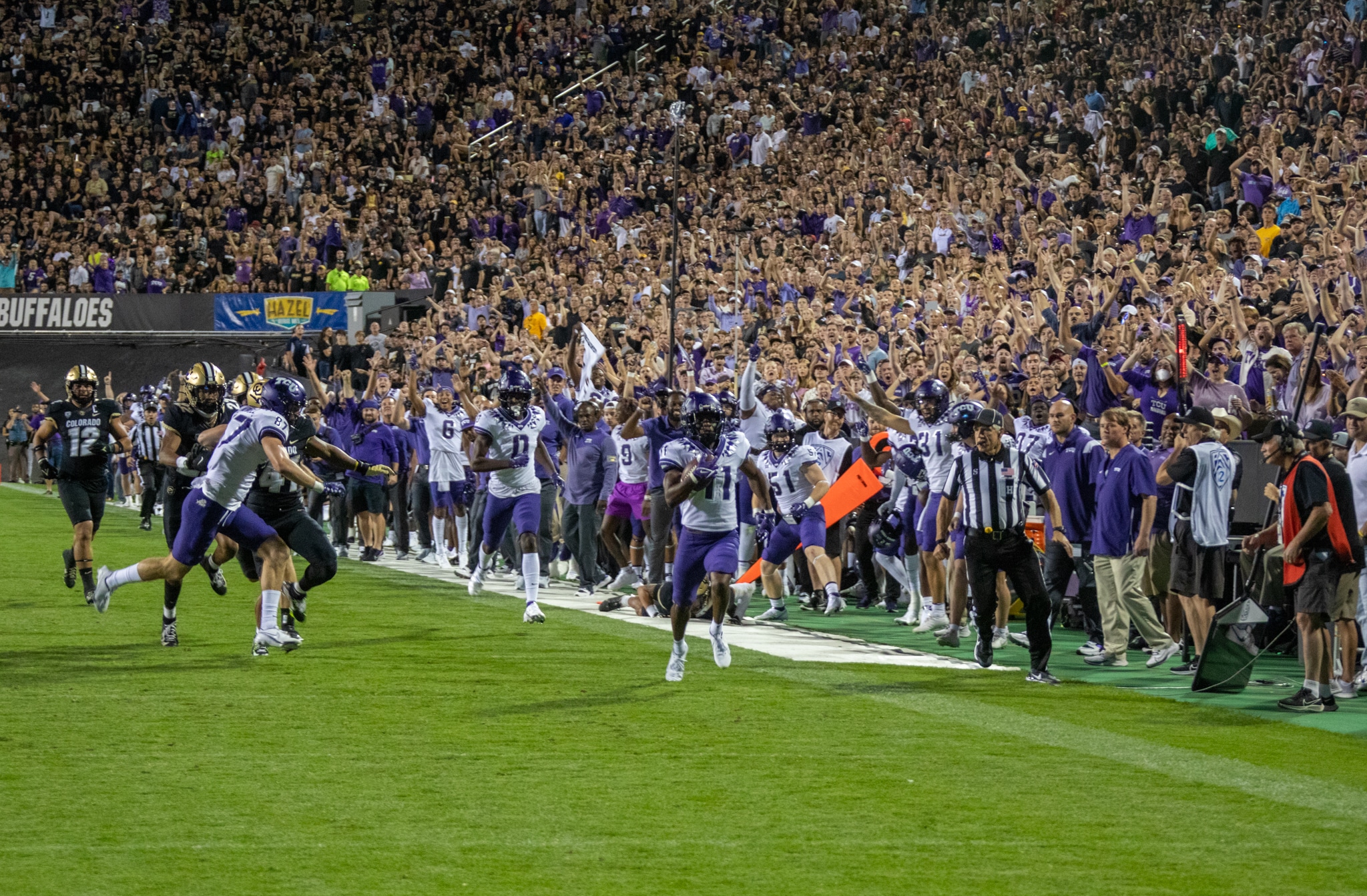 Derius Davis was named Big 12 Special Teams Player of the Week on Monday for his efforts during TCU’s 38-13 win over Colorado.

Davis scored the only points of the first half for the Horned Frogs, taking a punt 60 yards to the house for a touchdown. The Frogs led Colorado 7-6 at the break, before scoring 31 points in the second half to pull away.

Davis also contributed in the run game, scoring a 27-yard rushing touchdown on a reverse midway through the fourth quarter.

In all, Davis finished with a game-high 124 all-purpose yards, once again highlighting his ability to impact the game in a multitude of ways.