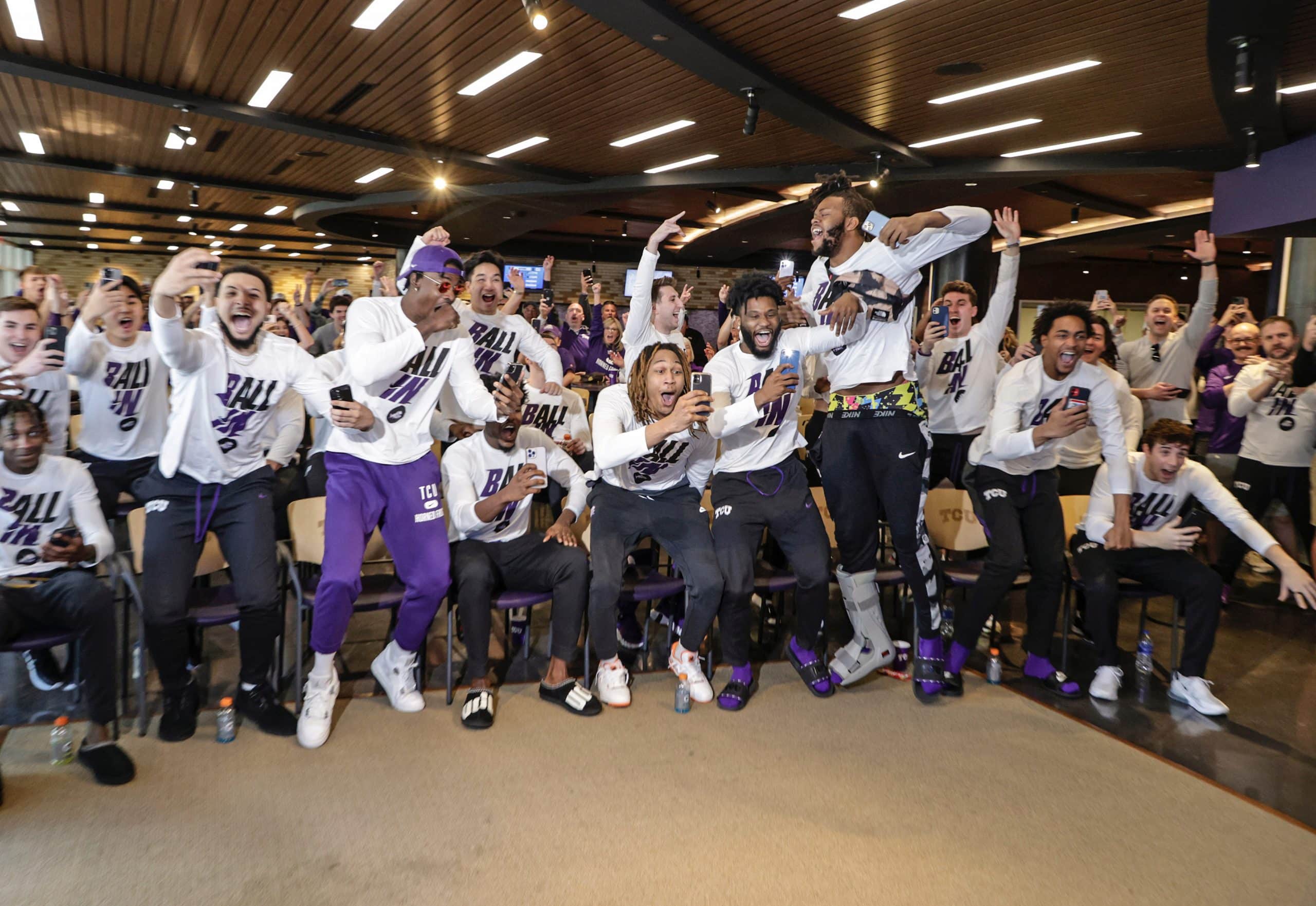 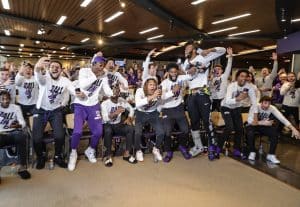 The TCU men’s basketball team is officially dancing for the second time in four years after hearing its name called during CBS’ Selection Show in front of a group of supporters at Ed and Rae Schollmaier Arena.

The Horned Frogs are headed to San Diego as the No. 9 seed in the South Region, where they’ll face No. 8-seed Seton Hall.

“I think that’s the place we wanted to go, if you asked people.” TCU coach Jamie Dixon said. “We have a large contingent out there.”

The Frogs were projected to be an 8 or 9 seed by most major publications that cover the tournament, but after learning of being a 9 seed Dixon suggested that maybe the Frogs were seeded too low.

TCU finished with a 20-12 record and fifth in the Big 12 Conference at 8-10. The Frogs reached the semifinals of the Big 12 tournament, and non-conference wins over Texas A&M and LSU boosted the Frogs’ overall resume as well. TCU finished the season with eight Quad 1 wins, tied for eighth most in the nation with Texas Tech, Villanova and Auburn.

Seton Hall finished with at 21-10 and fitth in the Big East at 8-10. The Pirates reached the quarterfinals of the Big East tournament, where they lost to UConn, 62-52.

“They gave us a chance,” TCU forward Emanuel Miller said of the NCAA selection committee, “Now, it’s up to us to capitalize on in.”

Watch the Frogs react as they hear their name called:

#TCU is heading to San Diego as the No. 9 seed, facing 8-seed Seton Hall! #gofrogs pic.twitter.com/ULhIGasF0Q