Are the TCU men in an offensive funk or are Big 12 defenses, including theirs, that good?

Home » Are the TCU men in an offensive funk or are Big 12 defenses, including theirs, that good? 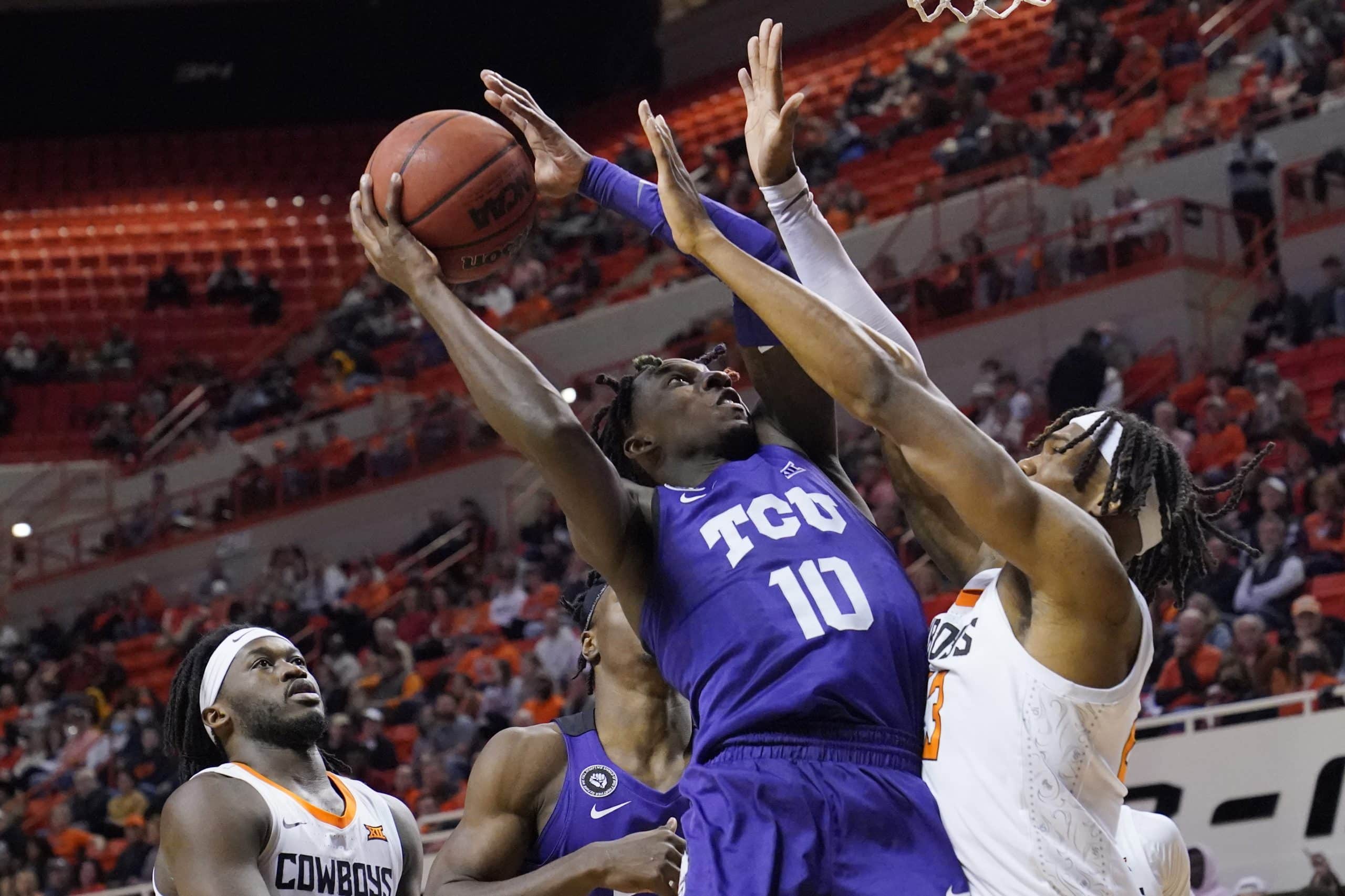 Damion Baugh and the Frogs found points tough to come by at Oklahoma State. It’s been a trend in Big 12 play (The Associated Press/Sue Ogrocki).

FORT WORTH — The TCU men’s basketball team returned from a short Christmas break with the gift no one wants but everyone seems to be getting any way.

The Omicron COVID-19 variant spread throughout the team during a video session upon returning to campus, and the next thing the Horned Frogs knew they went 18 days without playing a game.

The players who tested positive lost some conditioning and strength, unable to work out while quarantined, and the healthy players couldn’t practice with the same intensity as normal with so many players missing.

Among the biggest sufferers was the offense, which lost the rhythm that had seen it average 74 points in 11 non-conference games. The Frogs averaged 75 points against three Power 5 teams.

Four games later, their first four in Big 12 play, the Frogs are averaging 59 points a game. TCU is shooting 40.7% and is averaging a conference-worse 18.8 turnovers.

Coach Jamie Dixon said TCU was lacking its usual pace after the Baylor loss to open conference play. The 63 points the Frogs scored stands as their high point so far.

They will attempt to top that Saturday at Iowa State, which also plays tough defense. So does TCU and every other Big 12 team, which has contributed to low scores across the league.

But the Frogs’ offense needs to improve.

“We haven’t been great offensively,” Dixon said. “Defensive teams have had something to do with that. Our decision-making is not good enough. Our execution’s not good enough. And at the same time, you’ve got to be able make some plays. We’ve got to do a better job.”

The No. 1 problem has been the turnovers. TCU committed 22 of them Wednesday in a one-point loss to Oklahoma State. Yes, TCU lead by nine with 3:16 to go and six with 1:33 remaining, but the turnovers translated into 10 points for the Cowboys and fewer scoring chances for the Frogs.

The Frogs have been unable to score much in transition, and they have bogged down in half-court sets. TCU committed four shot-clock violations Wednesday.

One avenue might be pushing the ball inside, where TCU has size and where 6-foot-7 Emanuel Miller excelled in his two seasons at Texas A&M. Getting Mike Miles Jr. on track would provide another boost.

Miles, TCU’s leading scorer, has been held to six and eight points in his past two games after scoring in double figures in his first 12. He missed his first 10 shots against Oklahoma State and was unable to get to the basket as he usually does, but he connected for two second-half 3-pointers to help TCU stretch its lead to nine.

A sore wrist lingering from the Baylor game still appears to be limiting Miles, though he hasn’t been short on minutes the past three games.

Again, good defenses by both teams have something to do with it.

“I like to blame it on defense,” guard Chuck O’Bannon Jr. said. “We’ve emphasized defense since Day One and I believe that’s why we’re having low-scoring games. The Big 12 is top to bottom the best defense, the best players, the best conference in the country.”

Like Dixon, said, though the offense needs to be better.